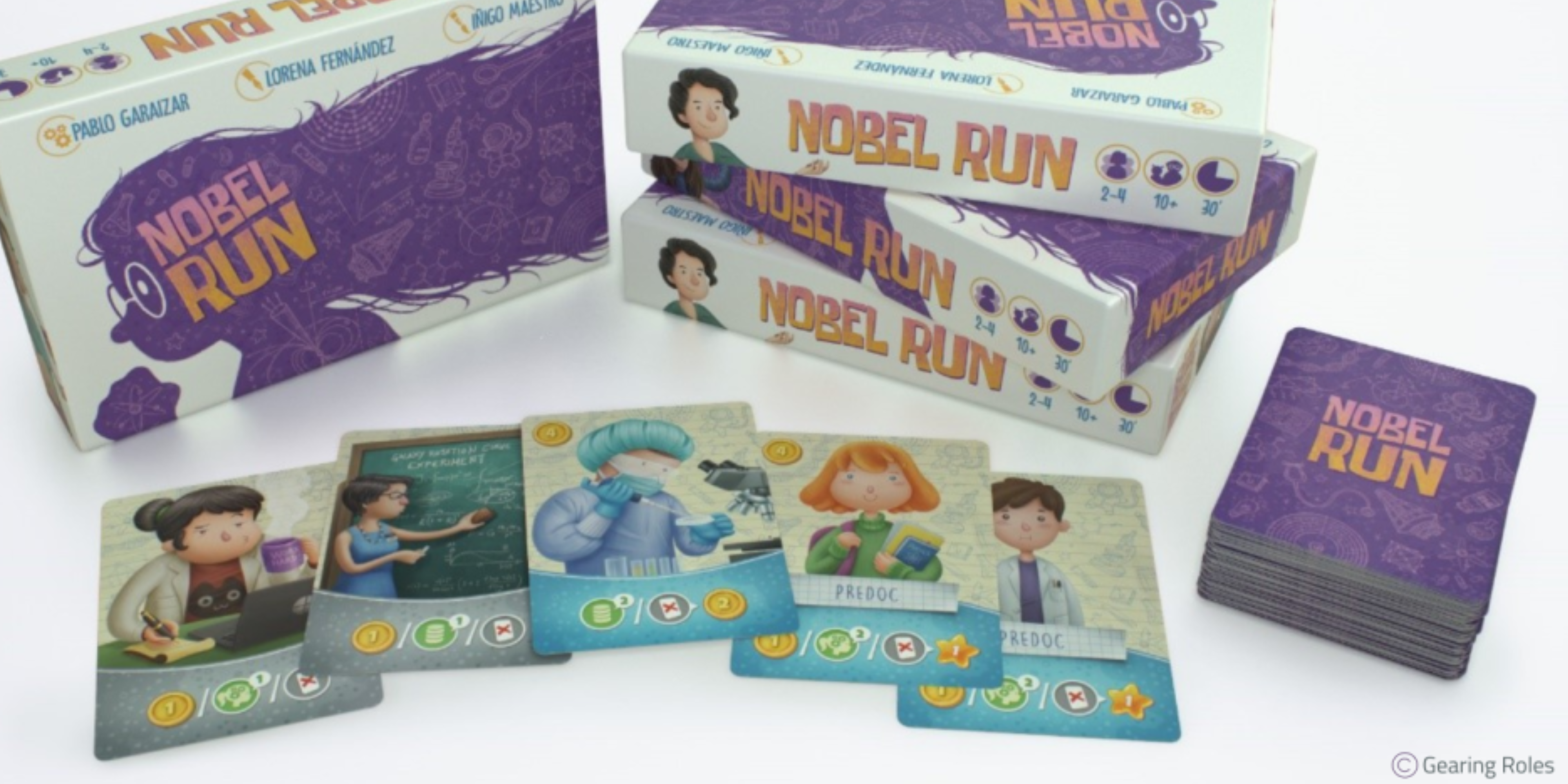 It’s no secret that women are underrepresented in science, technology, engineering, and mathematics (STEM). The Nobel Run board game challenges gender stereotypes and highlights the important contributions women have made in STEM.

Five lucky winners will receive a copy of Nobel Run, aboard game developed by the EU-funded Gearing Roles project

Looking to win a copy of Nobel Run?

Do you like board games? Now’s your chance to win a copy of Nobel Run – all you have to do is take part in our Twitter and Instagram contest! Read the rules below to find out how to participate.

To participate you need to: Like the post on the board game on @europeancommissio, Comment on the post with a mention/tag a woman in STEM who has inspired you with the hashtag #WomenInScience and Tag two friends who you want to play Nobel Run with

We’ll be giving away two copies of Nobel Run on Instagram!

They will be giving away three copies of Nobel Run on Twitter!

How the winners will be selected: Winners of the contest are selected in a fair and transparent way via automised tools.

The winners will be announced on July 18 at 15:00. Five lucky winners will receive one copy of Nobel Run each.

By entering the ‘Nobel Run Contest’, participants accept that their personal Twitter/Instagram handle might be publicly mentioned on REA’s Twitter and EC’ Instagram in case they are selected as winners.

Winners will be notified via a direct message via Twitter or LinkedIn and asked for their consent to provide personal details, including their postal address, in order to receive the prize. Please read the Data Protection Notice to see how your personal data will be treated.

Will you win the Nobel Prize?

Nobel Run is a deck-building game where you manage a research team, publish articles, hire pre-docs, and secure international funding in order to advance your career in research and innovation. Famous women scientists and top inventors will help you in your quest to win the Nobel Prize.

See if you can win the world’s most coveted award in science with a helping hand from Marie Skłodowska-Curie and Chen-Shiung Wu! Check out how to play in the video below.

The game came into life thanks to a Kickstarter campaign, with funding targets reached in just two weeks.

The Gearing Roles project is funded by the EU under Horizon 2020 and managed by the European Research Executive Agency. The project targets the transformation of traditional gender roles in research.