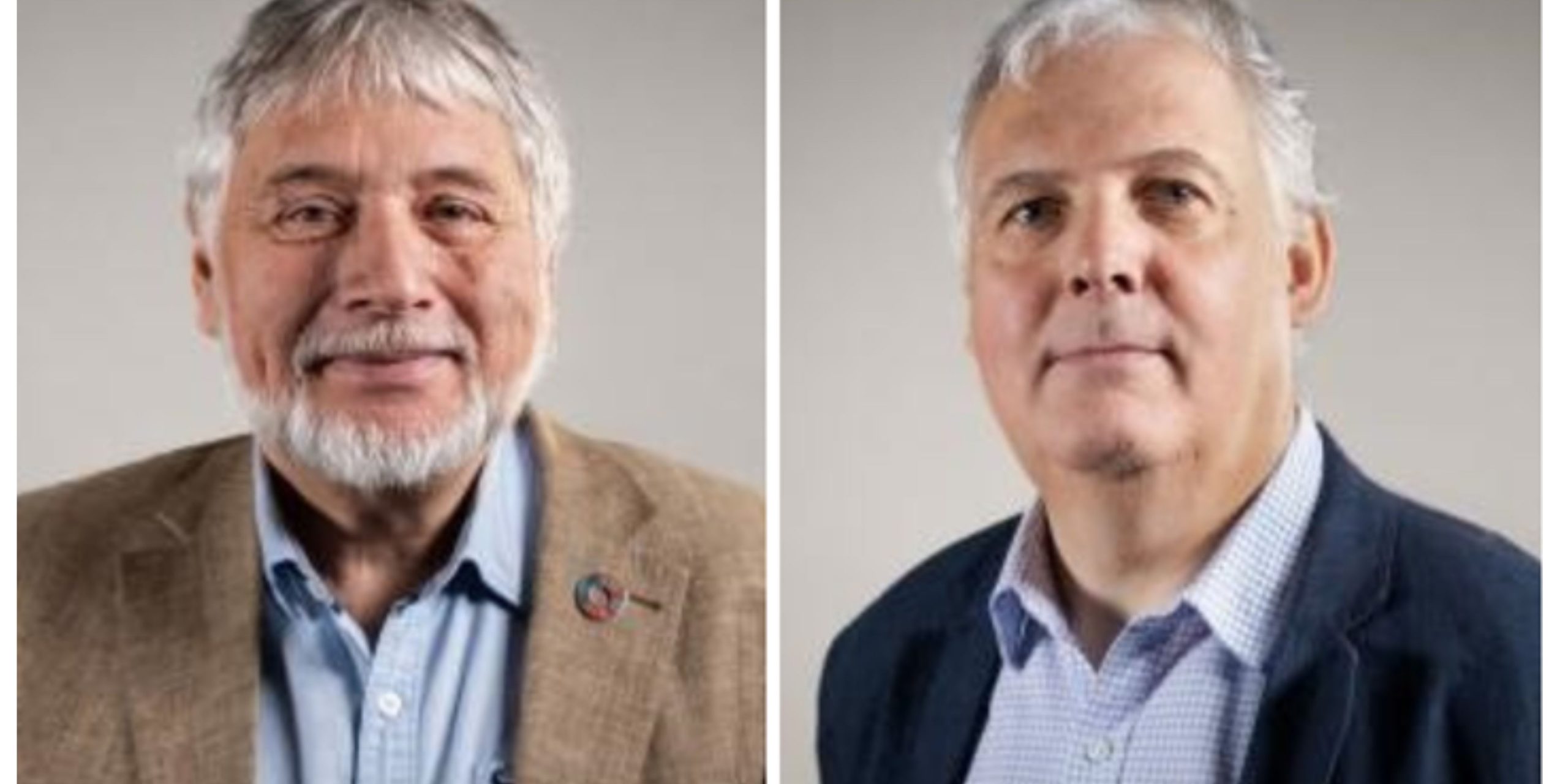 Professors Eystein Jansen and Jesper Svejstrup have today been elected Vice Presidents of the European Research Council (ERC). They will take up duties on 1 January 2023.

Eystein Jansen has been a member of the ERC Scientific Council since 2019 and is a Professor of palaeoclimatology at the University of Bergen, Norway.

Jesper Svejstrup has been a member of the ERC Scientific Council since 2019. He is Professor and Deputy Chairman at University of Copenhagen, Denmark.

The ERC is chaired by the ERC President – currently Professor Maria Leptin – and has three Vice Presidents, who are equally the Vice Chairs of the ERC Scientific Council. They represent the three ERC domains.

The current Vice President for Social sciences and Humanities domain, Professor Eveline Crone will continue her mandate. The ERC Scientific Council is composed of 22 distinguished scientists and scholars representing the European scientific community. Their main role is to set the ERC strategy and to select the peer review evaluators

Prof. Eystein Jansen
Professor of palaeoclimatology at the University of Bergen, Norway

Eystein Jansen holds a PhD in Earth Science from the University of Bergen, where he has been a Professor of palaeoclimatology since 1993. Jansen was the founding director of the Bjerknes Centre for Climate Research, a world-leading centre on climate dynamics, which he led for 13 years. Jansen is presently the Academic Director for the Academia Europaea Bergen Knowledge Hub and is vice director for the interdisciplinary SapienCE Centre on Early Sapiens behaviour at the University of Bergen. Jansen is a member of Academia Europaea, the Norwegian Academy of Science and Letters, The Norwegian Academy of Technological Sciences and the Norwegian Scientific Academy for Polar Research. He was the coordinating lead author in the 4th (2007) and lead author in the 5th (2013) Assessment Reports of the IPCC, the Intergovernmental Panel on Climate Change. Jansen was in 2019 awarded the Brøgger prize for lifelong contributions to geological sciences and the Meltzer prize for excellence in research. His research has primarily dealt with the influence of changes in ocean circulation on climate and on natural climate changes of the past and present, with key contributions to understanding the evolution of ice ages and abrupt climate change. 2014-2019 he is the principal investigator of an ERC Synergy Grant, ice2ice, on abrupt climate changes. He has also served as a member of ERC’s panel for Advanced Grants.

In July 2019, the European Commission appointed him to the ERC Scientific Council

Jesper Svejstrup is a biochemist and cell biologist. He is interested in transcription, specifically in the regulation of gene traffic and its coordination with other processes that occur on DNA, such as DNA replication and repair. Several of the factors studied are mutated in human diseases such as cancer or neurodevelopmental disorders. Svejstrup was educated at Aarhus University, where he obtained a Cand. Scient. Degree in Biology and a PhD in Molecular Biology. He then joined Roger Kornberg at Stanford University and started his work on transcription and the basal machinery required for RNA polymerase II activity and regulation. Following postdoctoral training, he started his independent group at Clare Hall Laboratories in London under the auspices of Cancer Research UK (then called Imperial Cancer Research Fund). Svejstrup was at the Francis Crick Institute from 2015 to 2020 and is now a professor at Department of Cellular and Molecular Medicine at University of Copenhagen. His laboratory uses a multi-disciplinary approach, integrating biochemical, cell biological, and genetic approaches with the new ‘omics’ techniques. He has received two ERC Advanced Investigator Grants and participated in scientific boards, including for the Danish National Research Council. He is an honorary professor at UCL, Imperial College London and Aarhus University. In recognition of his scientific contributions, Svejstrup was elected to EMBO in 2003. In 2009, he was elected to the Royal Society and, in 2016, to the Royal Danish Academy of Sciences and Letters. In 2018, he was elected a Fellow of the Academy of Medical Sciences.

In July 2019, the European Commission appointed him to the ERC Scientific Council.

The ERC, set up by the European Union in 2007, is the premier European funding organisation for excellent frontier research. It funds creative researchers of any nationality and age, to run projects based across Europe. The ERC offers four core grant schemes: Starting Grants, Consolidator Grants, Advanced Grants and Synergy Grants. With its additional Proof of Concept Grant scheme, the ERC helps grantees to bridge the gap between their pioneering research and early phases of its commercialisation.
The ERC is led by an independent governing body, the Scientific Council, and the ERC President. Maria Leptin is the President since 2021. The overall ERC budget from 2021 to 2027 is more than €16 billion, as part of the Horizon Europe programme, under the responsibility of the European Commissioner for Innovation, Research, Culture, Education and Youth, Mariya Gabriel.