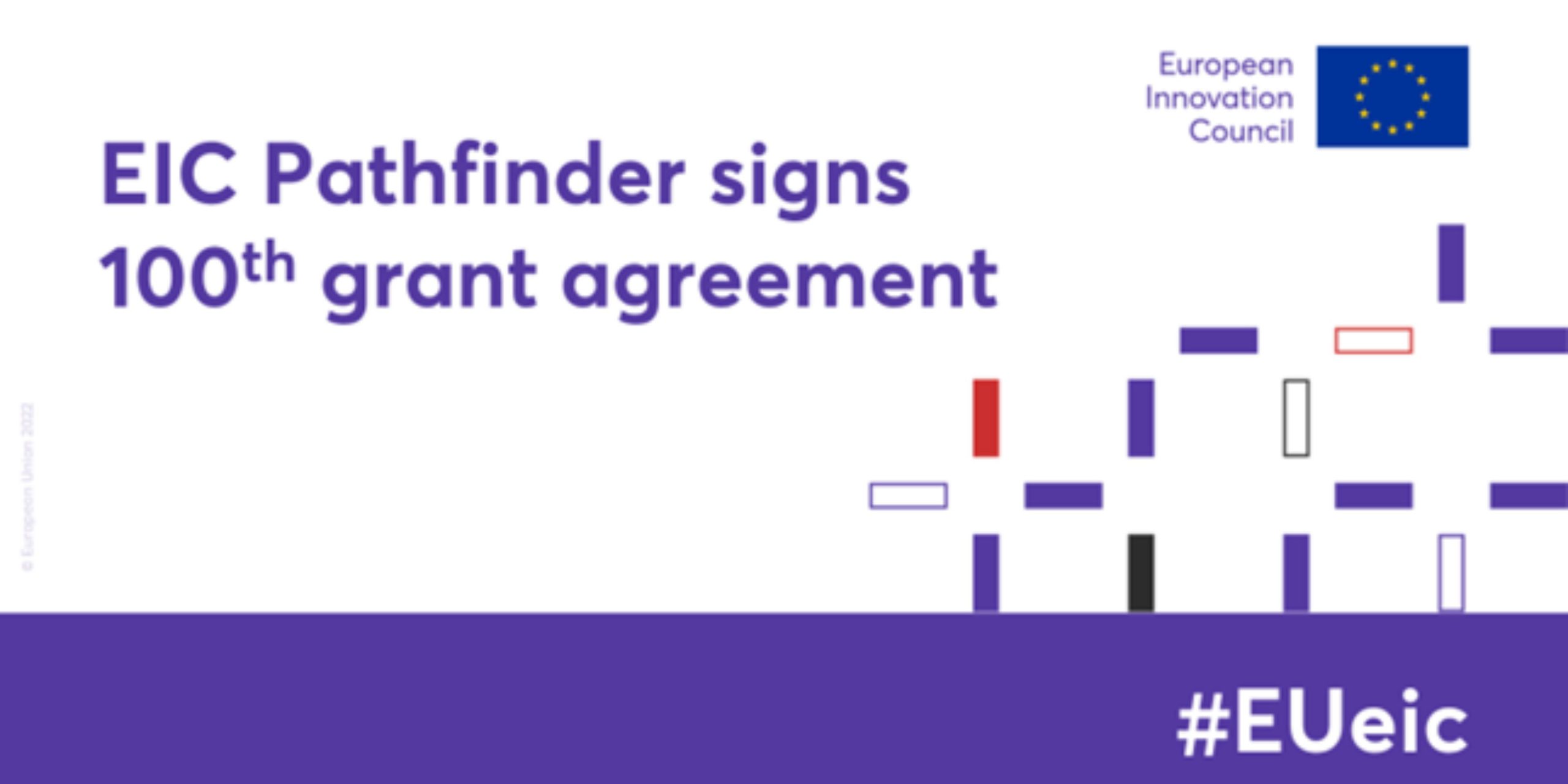 The EIC Pathfinder programme has demonstrated its crucial role in supporting research teams to research and develop emerging breakthrough technologies. Since the beginning of the EIC adventure in 2021, the Pathfinder programme have launched several open and challenge driven funding calls leading to the signature of its 100th grant in Horizon Europe with project ELOBIO (ELectrOlysis of BIOmass).

ELOBIO aims at advancing biomass electrolysis as a novel technological mean of green hydrogen production. The project will design, build-up, test and improve a lab-scale prototype electrolysis cell at Technology Readiness Level 4, involving a selective electrocatalytic cathode for the hydrogen evolution reaction and an electrocatalytic anode capable of selectively oxidising biomass-derived compounds. In addition, considering that several emerging technologies rely on electrolysis assisted with an additional renewable source of energy, the concept of electrochemical promotion of catalysis will be explored to further enhance the energy efficiency of the green hydrogen electrolytic production.

The project has been funded under the EIC Pathfinder Challenge call closed on 27 October 2021, under the Challenge on ‘Novel routes to green hydrogen production’. It will run together with eight other projects from the same challenge and supervised in a project portfolio by the EIC Programme Managers Antonio Marco Pantaleo and Francesco Matteucci. This challenge and the projects taking part in it will be contributing to reaching the objectives of the European Green Deal policy, the EU roadmap for making the EU’s economy sustainable and to make Europe climate-neutral by 2050.

ELOBIO was selected among 403 eligible proposals submitted under the 2021 EIC Pathfinder call for cutting edge research projects to achieve breakthroughs in strategic areas.

This is only one example of the many projects implementing innovative ideas that have managed to develop and scale up, becoming game changing innovations through the EIC programmes, the EIC Transition and the EIC Accelerator fundings.

Don’t miss the chance to discover our future emerging breakthrough technologies or to apply for the EIC Pathfinder upcoming call in 2023. The information day on the EIC work programme 2023 will take place on 13 December.

With its Pathfinder scheme, the EIC supports the exploration of bold ideas for radically new technologies. It welcomes the high-risk/high gain and interdisciplinary cutting-edge science collaborations that underpin technological breakthroughs.

Grants of up to €3 million (Pathfinder Open call – fully bottom-up) or up to €4 million (Pathfinder Challenges call – with thematic priorities) support early-stage development of future technologies (e.g. various activities at low Technology Readiness Levels 1-3), up to proof of concept.  EIC Pathfinder projects benefit from interactions with EIC Programme Managers and can receive additional funding (EIC Booster grants with fixed amounts of up to €50 000) for testing the innovation potential of their research outputs or for working across projects for portfolio actions. In addition, promising results can receive substantial follow up funding through the EIC Transition scheme to create a commercial venture or use the Fast Track scheme to access the EIC Accelerator to bring innovations to the market.