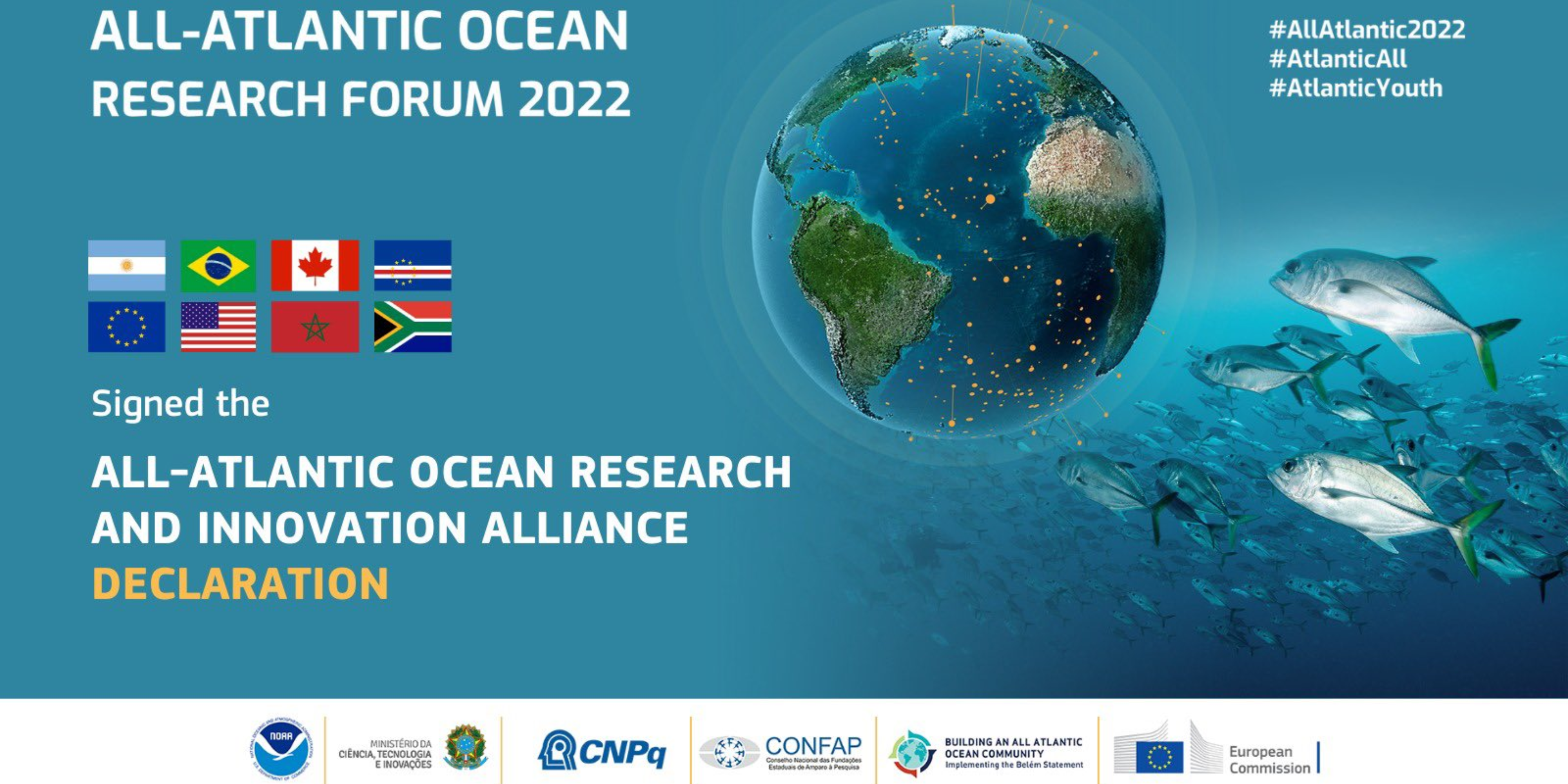 In Washington, D.C. on 13 July, the European Union, Argentina, Brazil, Canada, Cabo Verde, Morocco, South Africa and the United States signed a new All-Atlantic Ocean Research and Innovation Declaration. It will continue the successful journey of ocean science diplomacy and set a common path forward for ocean research cooperation in the Atlantic, from Pole to Pole, for the next decade.

Through this new strategic course, the Atlantic partners will join forces to tackle the most pressing challenges the basin is facing, including climate change, biodiversity loss, pollution, ecosystem protection and restoration, and sustainable and inclusive ocean economies while contributing to the objectives of the European Green Deal and A stronger Europe in the world, and the international dimension of the EU Atlantic Action Plan 2.0.

The Declaration will seek to:

The priorities set in the Declaration align with the main EU priorities on biodiversity and nature restoration, and through its work, the Alliance will be remain a key international cooperation network that will contribute to the Mission Restore our Ocean and Waters by 2030, the Partnership for a climate-neutral, sustainable and productive blue economy, and to the Atlantic Action Plan 2.0. The Alliance is an outstanding example of the EU Global Approach to Research and Innovation, supporting the advancement of fundamental and fit-for-purpose knowledge through free-exchange of ideas and the co-creation of solutions with the EU’s international partners.

The All-Atlantic Ocean Research and Innovation Alliance builds on the widely acknowledged successes of the Galway and Belém Statements, signed in 2013 and 2017 respectively between the European Union and its Atlantic partners, and on bilateral cooperation arrangements with Argentina, Cabo Verde, and Morocco.

Since 2013, the EU as part of the first decade of this cooperation has invested in more than 40 projects with over EUR 250 million to promote cooperation between European and international scientists from around the Atlantic, making itself a major investor and player in Atlantic Ocean research. The European Union has just published a new publication telling the story of the All-Atlantic Ocean Research Alliance, a true success of ocean science diplomacy where the European Union played a key role, together with international partners along and across the Atlantic Ocean. The publication is available for download.

The results of the projects are fit-for-purpose science that will drive policy in the years to come, and will offer an important basis for the next phase of the All-Atlantic Ocean Research and Innovation Alliance, kicked off with the new Political Declaration signed by international partners during the 2022 All-Atlantic Ocean Research Ministerial Forum hosted by the U.S. and Brazil in Washington, DC in July 2022.