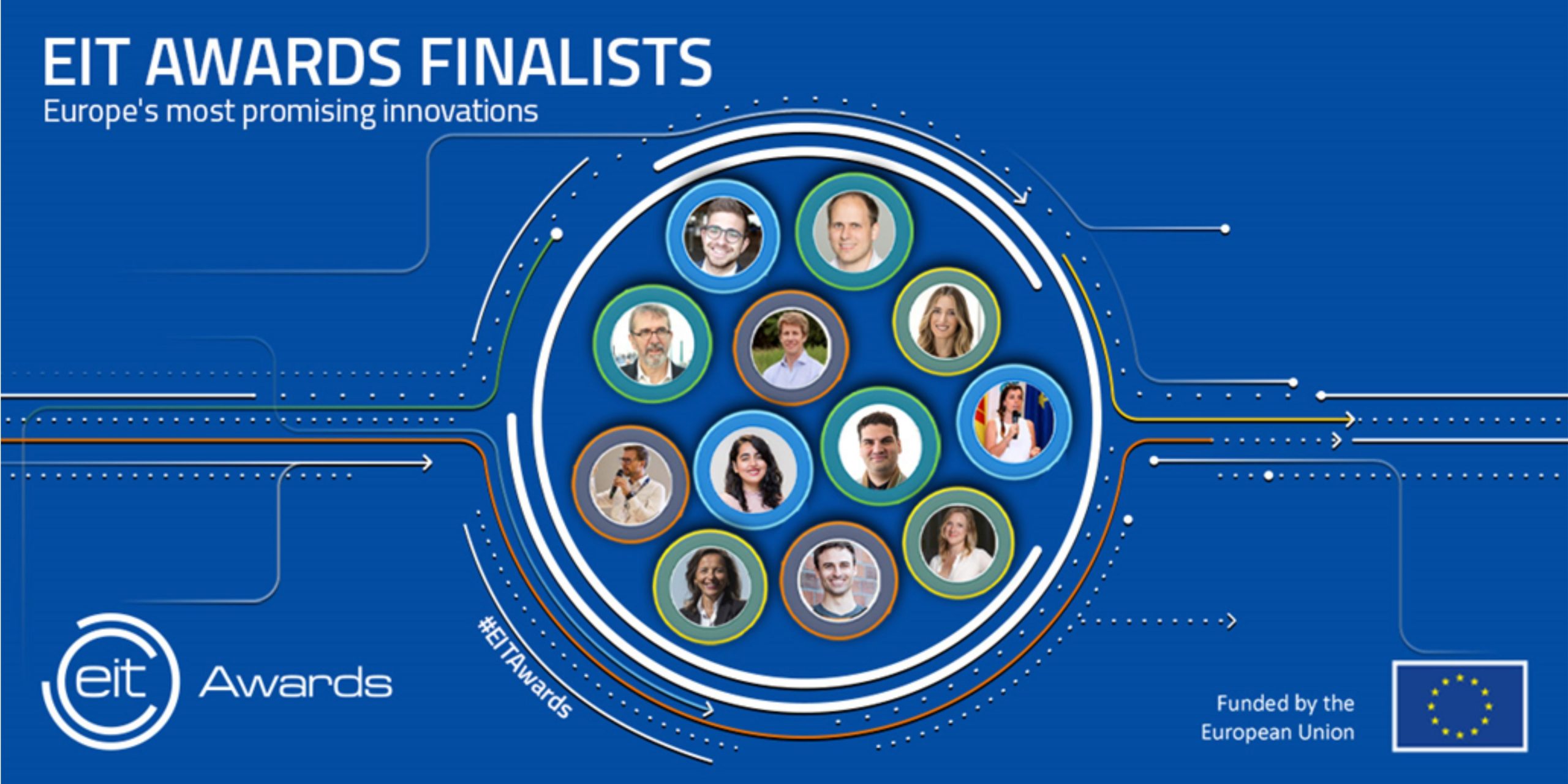 The 2022 EIT Award Ceremony will be held during the EIT Summit on 11 October in Brussels, Belgium – the grand finale to the EIT’s flagship event series: INNOVEIT WEEKS. The winners will represent the most promising innovations emerging from the EIT Community – the largest innovation ecosystem in Europe.

The EIT Awards recognise the immense talent and solutions emerging from the EIT’s ecosystem across Europe: from student to entrepreneur, from lab to market, and from idea to solutions. The nominees have been selected for their unique contributions to taking on global challenges in the fields of climate, energy, digitalisation, food, health, manufacturing, urban mobility and raw materials. The EIT Community’s diversity is well-reflected through the 12 finalists from the following seven countries: Finland, Germany, Italy, Austria, France, Spain, and Denmark.

27 nominees competed in an online semi-final on 29 September. Below are the12 finalists – 3 for each of the 4 awards categories – who will advance to the Award Ceremony:

The finalists competing to be the top graduate of EIT entrepreneurial education programmes are:

The finalists for the most outstanding achievements by an exceptional woman leader within the EIT Community are:

The finalists among the teams and individuals who developed high-impact products and services are:

The finalists among the start-up and scale-up innovators that benefited from business acceleration and creation support from the EIT Community are:

Each spot on the podium comes with an award and a monetary prize:

The public, too, will have its say with the EIT Public Award. Everyone has a chance to vote for their top innovation from now until 11 October at eitawards.eu