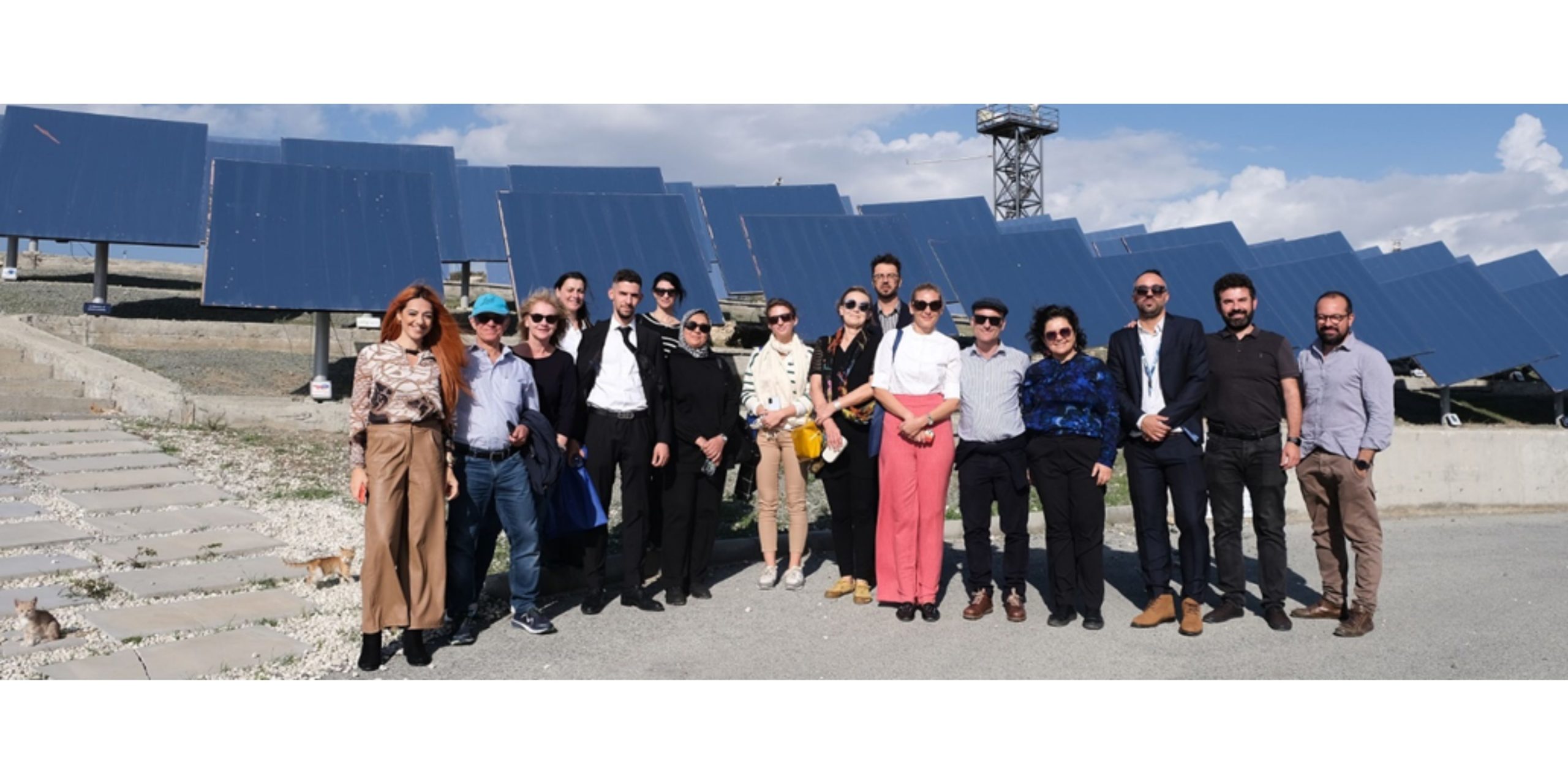 A delegation of foreign diplomats visited the Choirokoitia Neolithic settlement, and The Cyprus Institute’s PROTEAS Solar Facility in Pentakomo, on the outskirts of Limassol, on Tuesday 22nd of November 2022. The visit was co-organised by the Ministry of Foreign Affairs and The Cyprus Institute, so that the diplomatic corps would get first-hand knowledge the PROTEAS Solar Facility and Choirokoitia, in order to reinforce their existing collaboration.

Upon arrival at Choirokoitia, the delegation of foreign diplomats and representatives of the Foreign Ministry were given a guided tour of the main excavation side on the Choirokoitia Neolithic settlement led by Assoc. Prof. Lorentz, as well as an overall presentation of the digital model of the settlement by Asst. Prof. Artopoulos and Dr Louca. Mrs. Sophocleous gave a presentation on EMME-CCI, as Dr Georgiou presented the PROTEAS Solar Facility, which was followed by a broad discussion and a guided tour of the facility.

The delegation expressed their gratitude for the opportunity to visit and congratulated the personnel and researchers of The Cyprus Institute for their innovative research and achievements. Finally, the Foreign Diplomats were optimistic and that there is a strong potential for further reinforcing research ties between their countries and The Cyprus Institute.