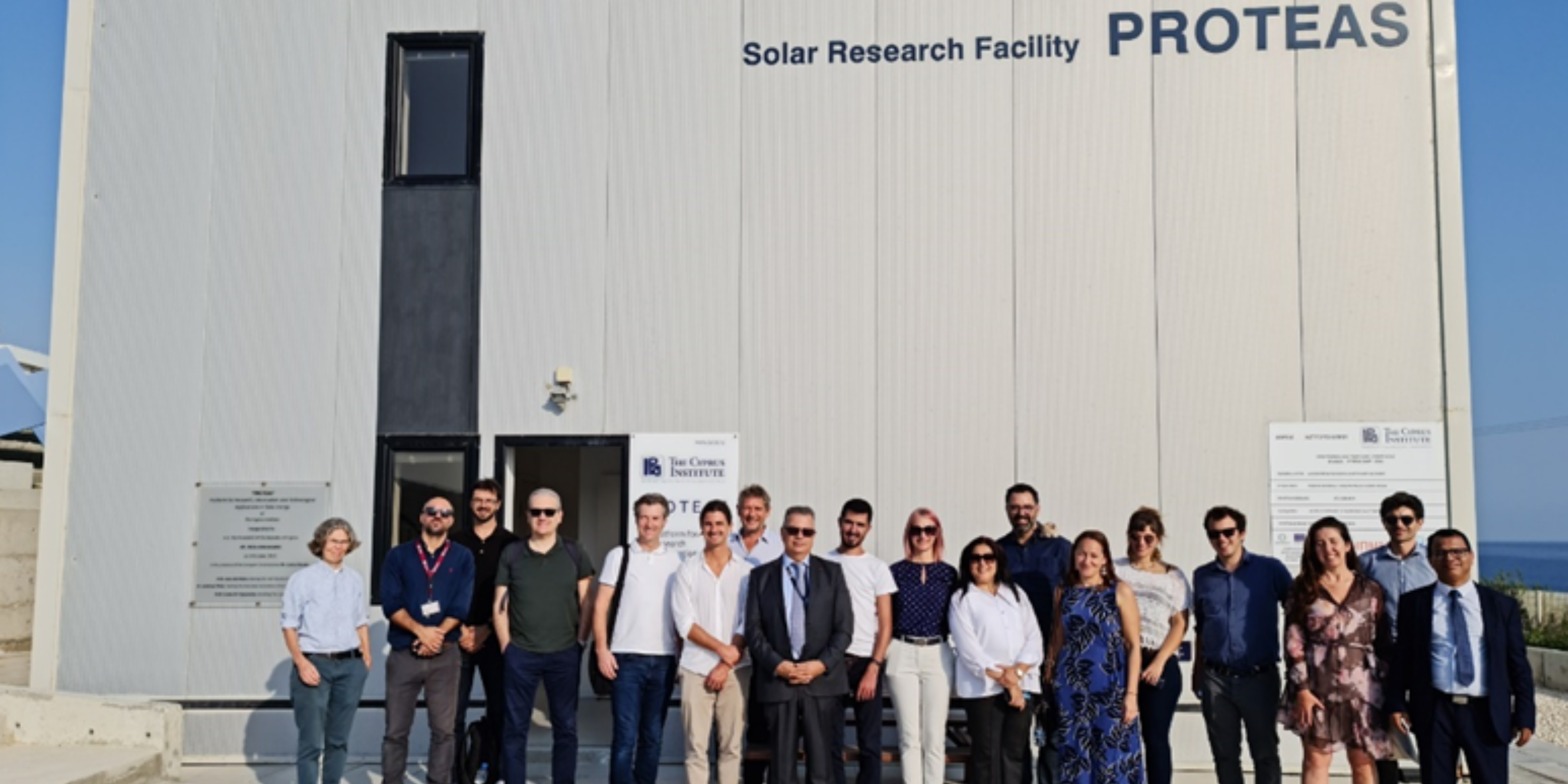 The WEFE4MED is a Coordination and Support Action Project with four-year duration, starting 1 October 2022, funded by the Partnership for Research in the Mediterranean Area (PRIMA). The PRIMA programme is an Art. 185 initiative supported and founded under Horizon 2020, the European Union’s Framework Programme for Research, and Innovation.

The Project is coordinated by The Cyprus Institute and will be governed by an Executive Committee comprised of the following organizations:

Climate change and growing populations are placing additional pressure on the availability of food, energy, and water in the Mediterranean, accompanied by an increased environmental footprint.

The Water, Energy, Food, Ecosystems Nexus (Nexus) approach is key to ensuring resilient, circular, and green economies and to achieve the Sustainable Development Goals, and Nexus demonstrators are already showing its transformative potential for the Region. However, there is a long way ahead before the Nexus approach is mainstreamed and applied at large in policies and practices. To ramp up uptake, a robust mechanism is needed to support mobilisation of a range of stakeholders across countries, sharing their expectations, experiences and knowledge, and providing evidence of benefits to policy makers, investors, businesses, practitioners and society at large.

Heeding the call for action at the WEFE Nexus Science Advances Conference, WEFE4MED will gather scientists, practitioners, policymakers, investors, local authorities, the media, and other stakeholders in a Mediterranean WEFE Nexus Community of Practice (NCoP) to provide convincing practical and scientific evidence of the Nexus benefits as a basis for decision-making in integrated natural resources management.

WEFE4MED will achieve this by identifying, federating, and promoting examples of best practice around the Mediterranean, including demonstrator projects, having Nexus at their core. It will foster long-lasting cooperation between actors as well as demonstrator projects to replicate and upscale them in other countries, and to disseminate their achievements, including as part of a science-based advocacy effort aimed at policymakers and investors.

In doing so, WEFE4MED will establish an open digital Nexus Knowledge Hub, will twin flagship demos and promote mutual learning among knowledge holders while promoting external funding opportunities. Through a structured participatory process, WEFE4MED will design, establish, and operate a functional dialogue and cooperation platform that will persist well beyond the project lifespan, due to the commitment to Nexus objectives of the project partners and NCoP members.

On October 26 – 27, 2022; The WEFE4MED Kick-Off meeting took place at the premises of the Cyprus Institute CyI. The project partners had the chance to meet each other and meet with PRIMA, review project vision and details, learn and get to know PRIMA project rules and guidelines, presented the work packages, identified first batch of Potential Nexus Community of Practice and clusters for Demonstration Sites as per the climatic regions (Eastern, Western Europe, North Africa and Eastern Mediterranean), Nominated potential Project Advisory Board PAB members.

Prof. Costas Papanicolas opened the meeting with a welcoming speech. He thanked PRIMA for making the Nexus a reality for the region. He also emphasised the ambition vision behind the project.

Later Prof. Fadi Comair gave a detailed overview of the WEFE4MED project. Listing its objectives and elaborated on the Nexus Community of Practice and Demonstration Sites.

Mrs. Antonella Autino in her speech addressing the project partners stressed the important of the Nexus approach.

Prof. Ali Rhouma explained the PRIMA rules and guidelines, financial and reporting systems. He also stressed the role of engaging the policy and decision makers into the process.

It was agreed that the Launching Event of the WEFE4MED Project will take place next April 23, 2023 in Italy.