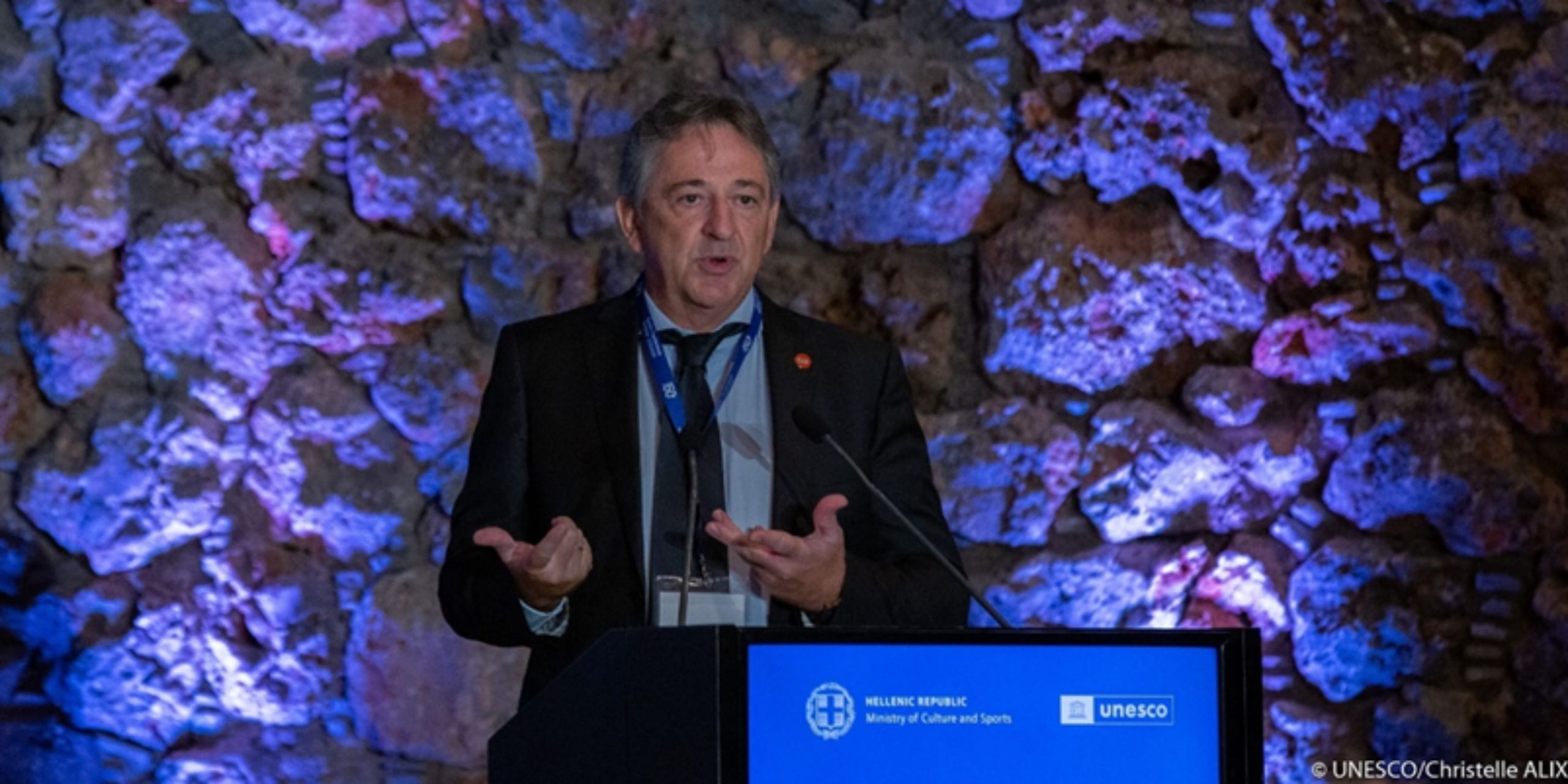 The Next50 Conference – The Future of World Heritage in challenging times – enhancing resilience and sustainability, organized by the Hellenic Ministry of Culture and Sports and the Permanent Delegation of Greece to UNESCO in cooperation with the UNESCO World Heritage Centre, was held at the European cultural center in Delphi. The event’s opening on Thursday 17 November was addressed by Lina Mendoni, Minister of Culture of Greece, Kyriakos Mitsotakis, Prime Minister of Greece, and Audrey Azoulay, Director-General of UNESCO.

The Director-General of UNESCO announced a three-pronged action plan to make World Heritage more representative, accessible and sustainable over the coming decades. Among the themes discussed during the two-days meetings was the resilience of World Heritage in face of climate change, sustainable tourism and digitization.

Drawing from research work pursued as STARC and APAC Labs of the Cyprus Institute, the talk (from 07.02 minutes onwards) presented the innovative concept of Heritage Digital Twins as the optimal solution for the implementation of the conclusions of the Cyprus Climate Initiative Task Force on Cultural Heritage  as well as to meet the challenges of the digitization of heritage and an accurate assessment of vulnerability for heritage sites in the EMME region. In this context, a regional Index for Cultural Heritage under Climate Threat is a key priority. The talk also highlighted the collaboration between CyI research centers, in particular on topics related to integration of cultural heritage data into climate models and the role of HPC computing in simulations and data science. Emphasis was also placed on the formal partnership between the Cyprus Institute and the Department of Antiquities in Cyprus on issues of monitoring, documenting and managing heritage sites and monuments, as mentioned also by Anthi Kaldeli, archaeological officer, in her talk at the event. The ideas presented and discussed at the event will be integrated in a report to UNESCO.