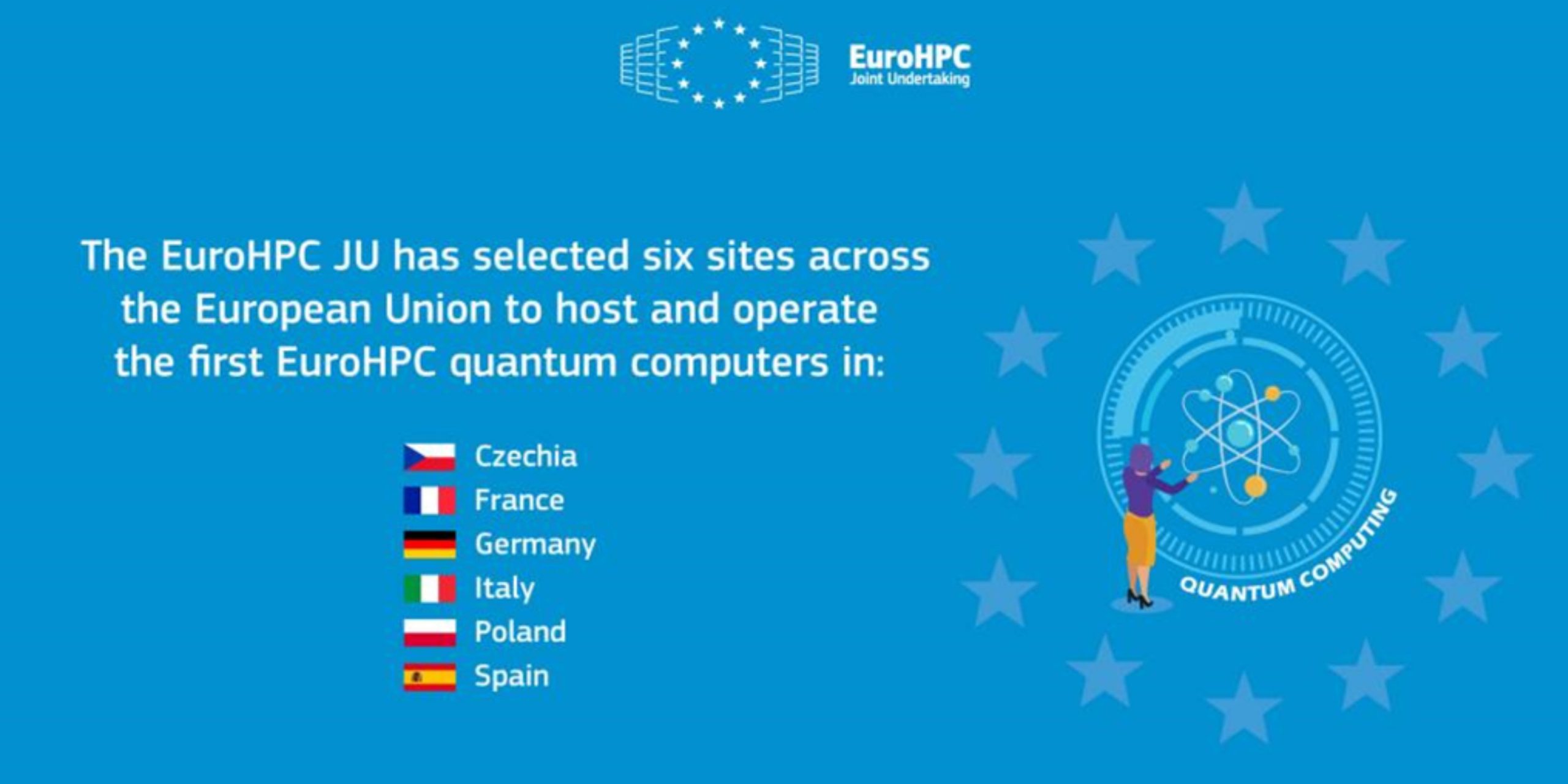 These new systems will be available primarily for R&D purpose to a wide range of European users, no matter where in Europe they are located, to the scientific communities, as well as to industry and the public sector. The selected proposals ensure a diversity in the quantum technologies and architectures to give European users access to many different quantum technologies.

This quantum computer infrastructure will support the development of a wide range of applications with industrial, scientific and societal relevance for Europe, adding new capabilities to the European supercomputer infrastructure. Across industry and scientific communities, there is an array of important computing tasks that classical supercomputers struggle to solve. Examples of such complex problems include the optimisation of traffic flows and fundamental numerical problems in chemistry and physics for the development of new drugs and materials. This is where quantum computing can help and open the door to new approaches to solve these hard-to-compute problems. The integration of quantum computing capabilities in HPC applications will enable scientific discoveries, R&D and new opportunities for industrial innovations.

The hosting entities have been selected as a result of a call for expression of interest for the hosting and operation of European quantum computers integrated in HPC supercomputer, launched in March 2022., the EuroHPC JU launched its first quantum computing initiative with its R&I project HPCQS. The project aims to integrate two quantum simulators, each controlling about 100+ quantum bits (qubits), in two already existing supercomputers:

HPCQS will become an incubator for hybrid quantum-supercomputing  that is unique in the world. Hybrid computing, blending the best of quantum and classical HPC technologies will unleash new innovative potential and prepare Europe for the post-exascale era.

The EuroHPC JU is a legal and funding entity created in 2018 to enable the EU and EuroHPC participating countries to coordinate their efforts and pool their resources with the objective of making Europe a world leader in supercomputing. The mission of the EuroHPC JU is:

To date the EuroHPC JU has already procured eight supercomputers, located across Europe: LUMI in Finland (which ranks number 3 in the world), Vega in Slovenia, MeluXinain Luxembourg,  Discoverer in Bulgaria, Karolina  in the Czechia, LEONARDO in Italy, MareNostrum5 in Spain, and Deucalion  in Portugal.