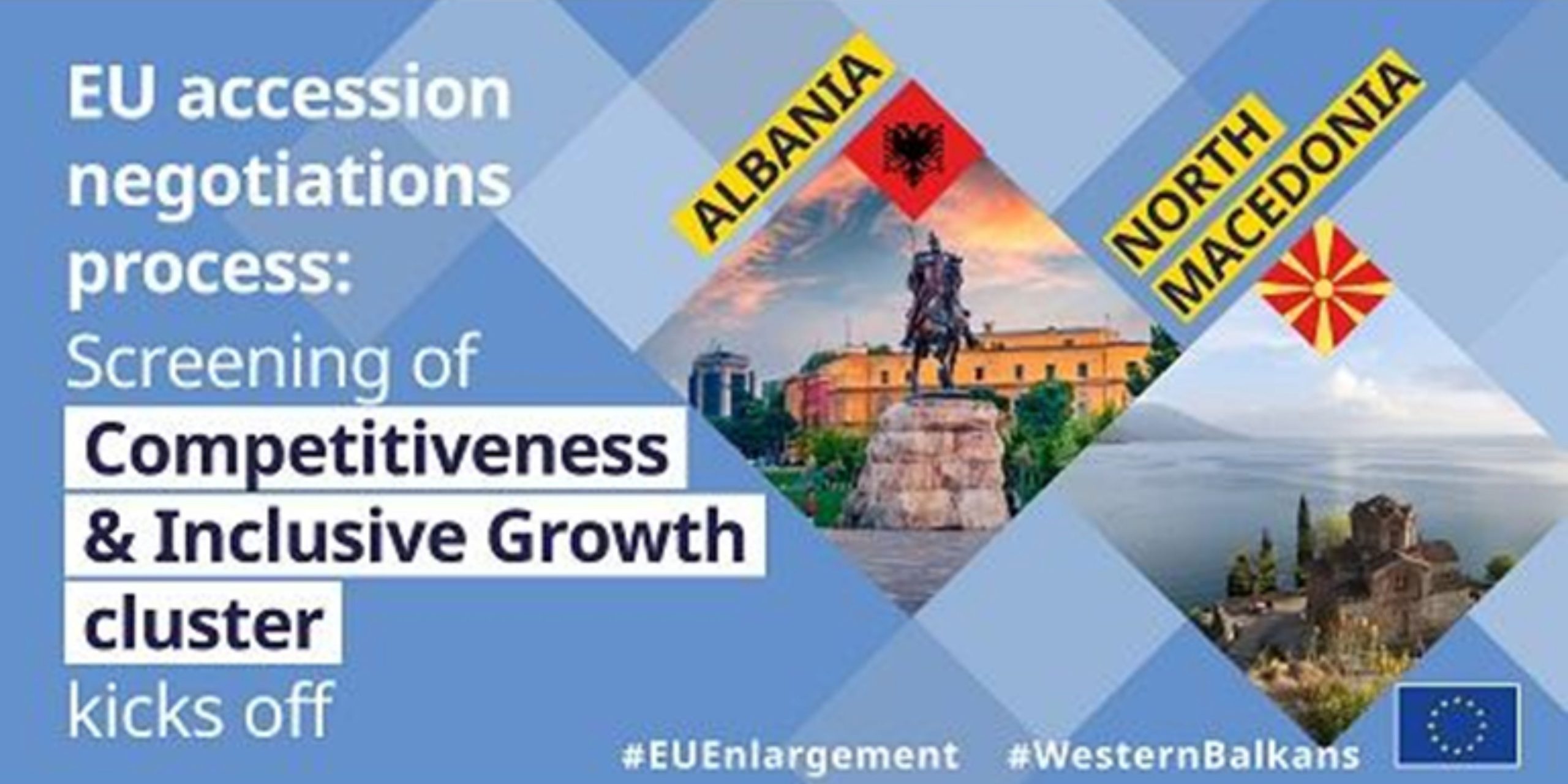 The European Commission further advanced the screening process with Albania and North Macedonia. Experts from the European Commission, Albania and North Macedonia have begun examining EU laws and policies under Cluster 3 on Competitiveness and Inclusive Growth. This cluster encompasses digital transformation and media, science and research, enterprise and industrial policy, as well as social policy and employment, and education and culture. A variety of chapters are also included, namely customs union, economic and monetary policy, and taxation.

The analytical examination of the body of EU laws (acquis), the so-called screening, enables candidate countries to familiarise themselves with the EU laws and standards and the obligations they entail. It also allows to examine the countries’ levels of preparedness and plans to further alignment, and thus to obtain preliminary indications of the issues that will most likely come up in the negotiations. Screening is the first step in the accession negotiation process. The screening process is structured along six thematic clusters. These clusters encompass the relevant acquis chapters along broad themes related to good governance, internal market, economic competitiveness and connectivity.

For Albania and North Macedonia it started already on 19 July 2022, immediately after the Intergovernmental Conferences, and resumed in September with Cluster 1 – Fundamentals – and in October with Cluster 2 – Internal Market.

The European Commission will evaluate and report to the Council on the degree of preparedness of a candidate country on a given cluster, on the candidate country’s plans for future preparations and on preliminary indications of the issues that will most likely come up in the negotiations.

The Council will decide, by unanimity, whether to define opening benchmarks on each negotiating cluster, on the basis of the proposal from the Commission in the screening report.