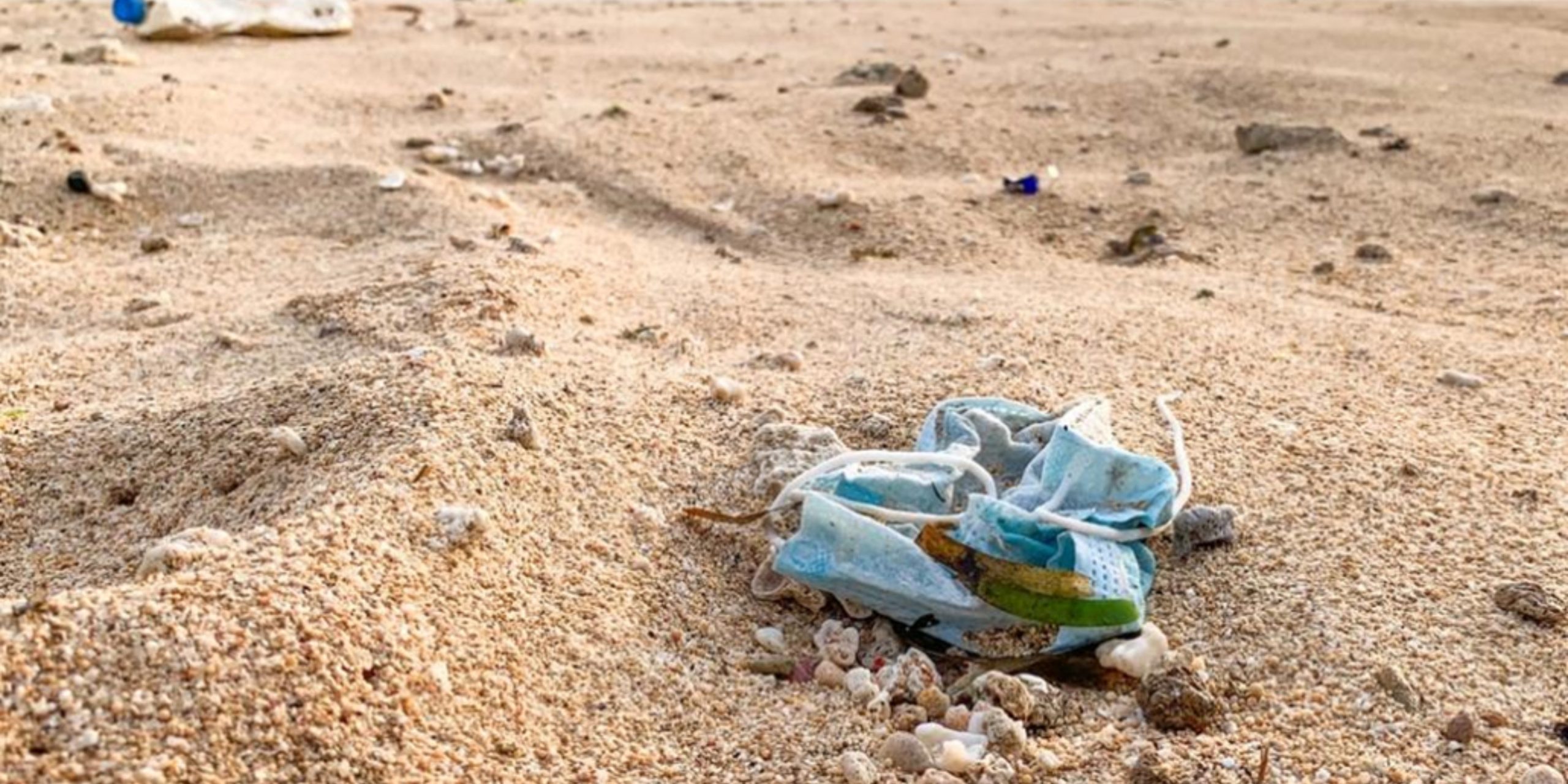 Water you pollute finds its way back to you

It was disheartening for Europeans this summer to go on holiday to a coastal area, expect a beautiful beach with clear swirling turquoise water, only to be greeted by a floating disposable facemask and other material nestled in the sand.

The high demand and inappropriate disposal of plastic materials from recent incidents such as the global pandemic has accentuated plastic litter dispersion and accumulation into the environment, in particular, Europe’s coastal regions and seas.

The pandemic cannot be to blame however, as in Europe, 80% of marine litter is currently plastic, produced on land that then gets washed up into the sea. This can lead to a dangerous process called micro plastic ingestion into neighbouring marine and human life.

Micro plastic ingestion is the process of when plastic waste breaks down into micro plastics by photolytic, mechanical and biological degradation. These smaller fractions of plastic particles subsequently become confused for plankton, ending up in fish, which then end up on our plates and in the human blood stream.

Not all heroes wear capes, some carry gloves and a bin bag

This is a major problem for surrounding coastal and marine ecosystems, the 48,000 species of marine wildlife whom thrive on the areas and Europeans, as almost half of the EU population lives less than 50 km from the sea and regularly consumes fish.

That is why today, the European Research Executive Agency and the European Commission are proud to celebrate World Clean Up day.

World Clean Up day ties into EU Beach Clean-Up Day, an EU initiative that calls on collective action and volunteers to clean up beaches and seas across the world from plastic litter, and seeks to raise awareness on the issue of microplastics in seas. It also ties into the wider EU environmental policy of the European Green Deal to support healthy, thriving marine ecosystems and coastal areas.

New solutions for the recovery of marine plastics and litter

The global marine plastic litter challenge comprises an estimated stock of 83 million tonnes of plastic waste accumulated in oceans. The EU-funded MAELSTROM project is bringing together key stakeholders (research centres, recycling companies to marine scientists and robotic experts) to design, manufacture and integrate scalable, replicable and automated technologies with renewable energy to remove, sort and recycle all types of collected marine litter. An example can be seen in their Great Bubble Barrier system, an innovative and efficient technology that catches plastic pollution in rivers before it reaches the ocean, using bubbles, and powered by solar power.

Find out more about MAELSTROM

Reducing plastic pollution in the Caribbean

In 2016, Saint Maarten – an island territory forming part of the Netherlands in the Caribbean – generated 9.7 kg of municipal solid waste per capita per day, a level higher than any other island in the Caribbean. Since its launch in 2020, the EU funded In-No-Plastic project has been focusing on innovative ways to prevent, remove and reuse marine plastic litter. Social strategies, such as presentations that focus on how plastic affects the island’s ecosystem and on ways to reduce plastic usage have been successful. Additionally, five beach clean-ups carried out over a period of three weeks resulted in an astonishing 407 kg of rubbish being collected.

Find out more about INNOPLASTIC

Raising awareness of plastic pollution in the marine environment

Through a series of awareness raising events, CLAIM: Cleaning marine Litter by developing and Applying Innovative Methods shows the major environmental problem of micro- and macro plastics in seas and showcases ways to tackle it through innovative technologies. CLAIM’s objective is to increase concern of plastic particles in the Baltic and Mediterranean seas, which are the project’s case study areas. There, CLAIM will install special devices for preventing litter from entering the sea, as well as collecting and degrading micro plastics.

Find out more about CLAIM

Wish you were clean

In conclusion, according to current and future trends, total world plastic consumption is estimated to rise by 33 billion tons by 2050. It is therefore imperative to continue to promote global marine and coastal conservation projects to protect Europe’s coastal areas, as the economic assets alone have an estimated value of EUR 500 billion to 1000 billion.