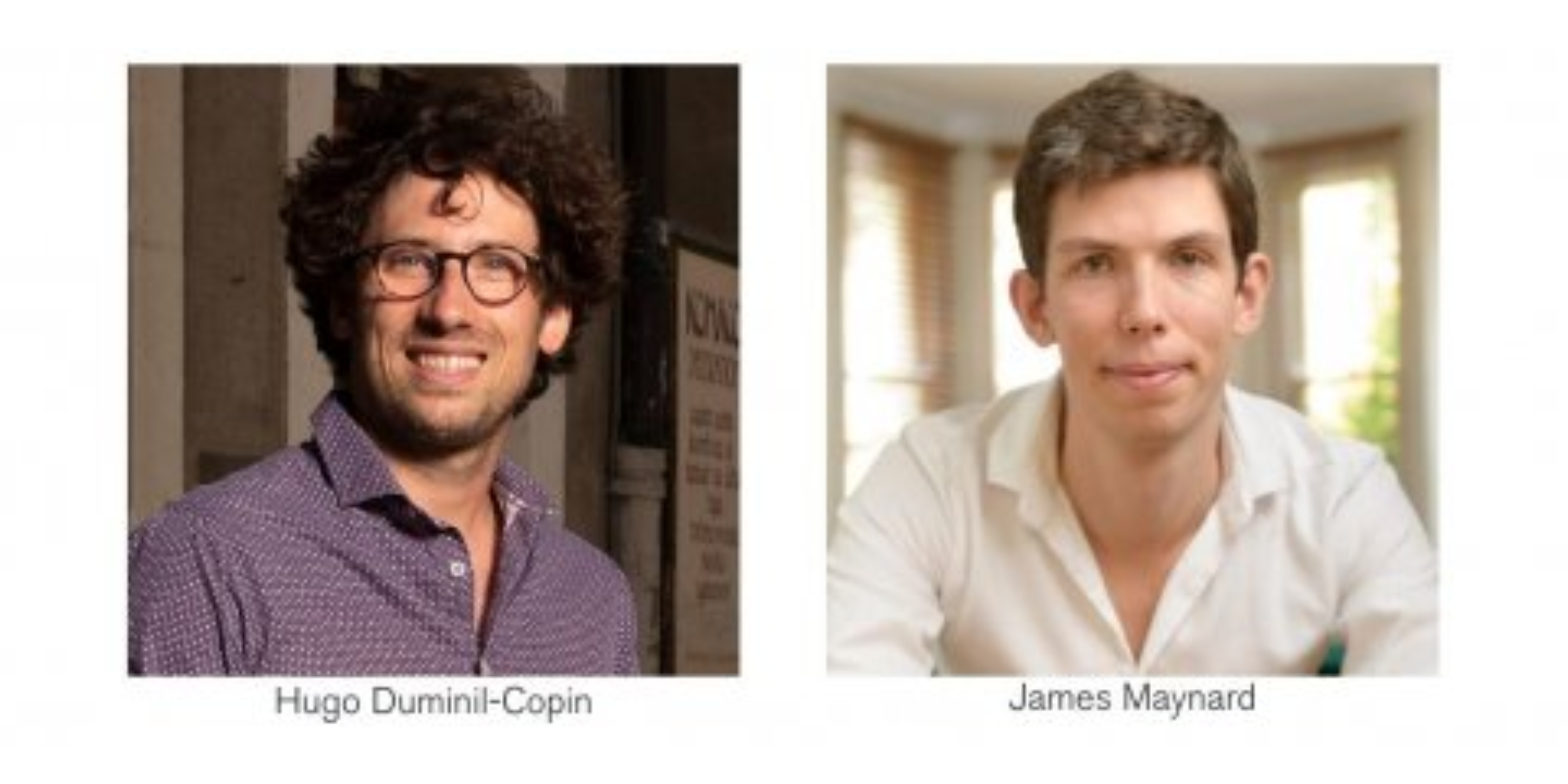 Hugo Duminil-Copin, from the University of Geneva and James Maynard from the University of Oxford, both grantees of the European Research Council, have won 2022 Fields Medals, one of the most prestigious prizes in mathematics. This year’s prize was also awarded to Maryna Viazovska from EPFL who has recently served as a panel member evaluating proposals from researchers seeking to win ERC grants, and to June Huh from Princeton University.

Hugo Duminil-Copin, who obtained an ERC Starting Grant in 2017, received the Fields Medal as a recognition of his work transforming the mathematical theory of phase transitions in statistical physics. In nature, transitions between states are a very common event and at the same time a fascinating one. While water turns into ice abruptly, as in other transitions, the change occurs gradually and the boundary between two states is hard to make out. Such transitions are modelled by using what is called a lattice model, used as a discrete model for phenomena like ferroelectrics. Despite the great advances made in the field, many crucial questions in physics remain open in models describing phase transitions.

Professor Dumnil Copin studies such transitions by developing novel techniques based on tools from probability, combinatorics, analysis and integrable systems, focusing on percolation theory and the Ising model.

James Maynard received an ERC Starting Grant in 2019. The Fields prize cited his contributions to analytic number theory, which have led to major advances in the understanding of the structure of prime numbers – numbers divisible only by themselves and 1 and in Diophantine approximation. Number theory is an area of mathematics that is an endless source of open problems that puzzle mathematicians. The distributions of prime numbers and the many questions related to it are just one example.

Professor Maynard is developing new techniques that will allow us to overcome old barriers  that were not possible to break with traditional tools. Such new techniques, combining ideas from other areas of mathematics such as combinatorics, geometry, probability, automorphic forms or harmonic analysis, have already enabled significant advances in the problems related to gaps between primes.

Fields Medals are awarded to recognize outstanding mathematical achievement for existing work and for the promise of future achievement.