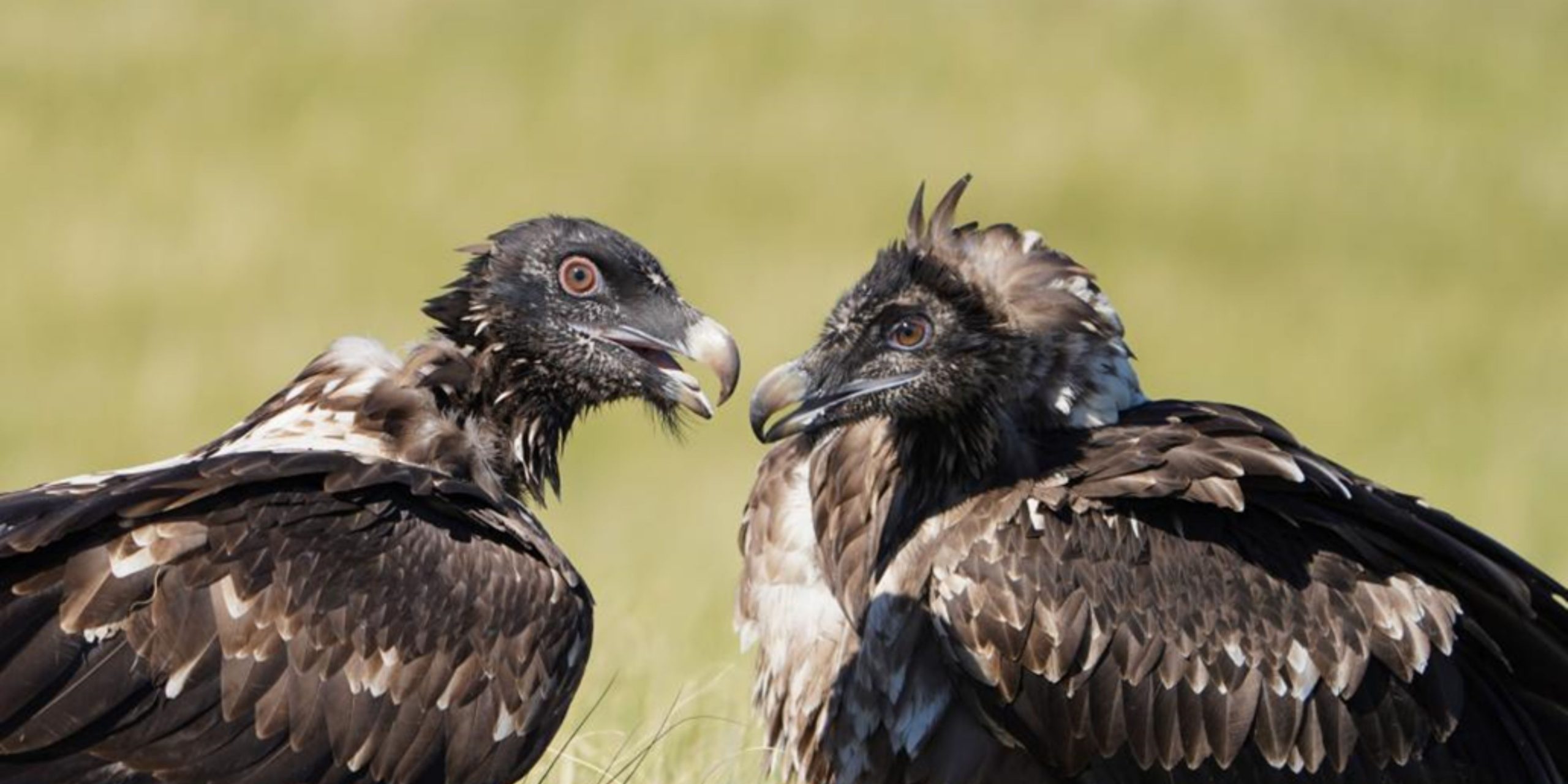 Bearded vultures were once found across the mountains of southern Europe, but during the 19th and 20th centuries, their numbers plummeted due to poaching, a lack of wild herbivores and changes in farming practices. Today, populations tend to be isolated while many birds die after colliding with powerlines, being shot or even poisoned.

The LIFE GYPCONNECT team boosted numbers by creating new bearded vulture populations in the Pre-Alps (Drôme) and the Massif Central (Lozère, Aveyron, Gard, Hérault) regions. They also encouraged the movement of birds from these nuclei between the Alps and the Pyrenees.

The birds were released using the hacking method, which involves placing specially bred chicks in an artificial nest, enabling them to acclimatise to the natural environment during the weeks before taking their first flights.

The project has exceeded its initial objectives, with 46 birds released, surpassing the 24 planned. Also, a bearded vulture was born in the Vercors Massif for the first time in more than one hundred years.

The team also built and installed 37 feeding places for the birds.

They neutralised almost 7 km of dangerous power lines and installed devices on 12 km of lines to reduce the risk of electrocution and collision.

And an analysis of GPS data from 118 birds shows the first exchanges between the Alps and the Pyrenees.

LIFE GYPCONNECT should re-establish continuity between the species’ western and central European populations. It also aims to restore a genuine European metapopulation of the species capable of surviving and reproducing independently of human intervention.

Further releases are needed to build on the project’s work and ensure the reintroduced population’s viability.

This is why the team hopes to continue its work under a new project.