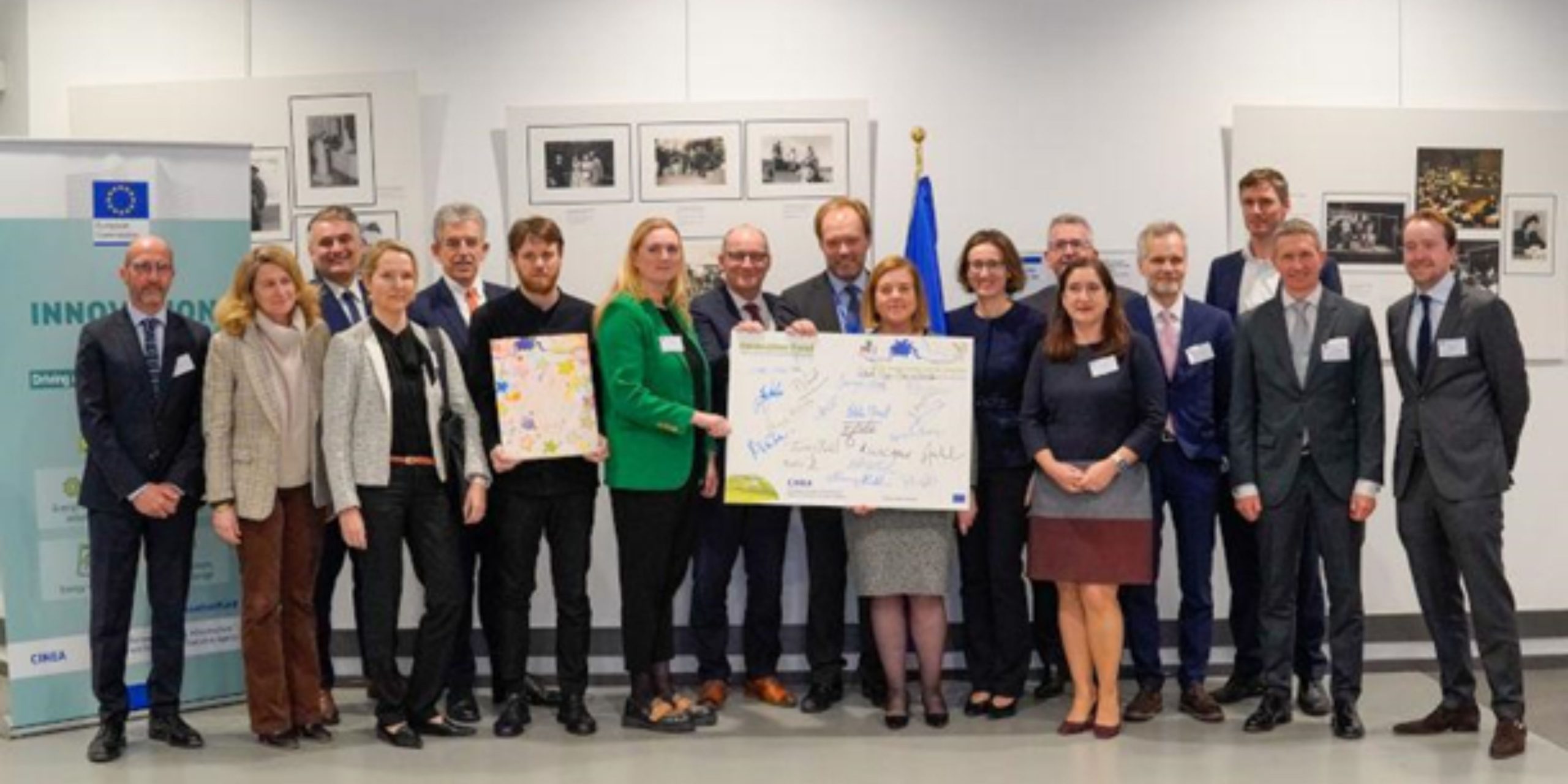 The European Union has granted EUR 1.8 billion through its Innovation Fund to 16 innovative projects that will avoid about 125 million tonnes of CO2 emissions in the first 10 years of operation. The projects cover ground-breaking technologies from green hydrogen and synthetic sustainable aviation fuel, to methanol production from renewable hydrogen. After successfully completing their grant agreement preparation, the projects’ leaders met on 19 January 2023 in Brussels for the signing of the agreement granting the project support from the Innovation Fund, during the conference ‘Innovation Fund: Financing Innovative Clean Tech’.

The conference was organised by DG Climate Action and the European Climate Infrastructure and Environment Executive Agency (CINEA) with the objective of raising awareness amongst project developers, public and private financiers and other stakeholders about the many business opportunities brought about by the EU Innovation Fund. Following a keynote speech from Timur Gül, Head of the Energy Technology Policy (ETP) division at the International Energy Agency (IEA), two panels discussed how to foster the uptake of clean tech in the EU. The first panel focused on the regulatory framework for clean tech investments and the second on the business models for innovative clean tech where we could learn about the views from representatives of awarded projects.

The Innovation Fund is one of the world’s largest funding programmes for the demonstration and commercialisation of innovative low-carbon technologies, financed by revenues from the auctioning of allowances from the EU’s ETS. With these additional 16 projects, the overall Innovation Fund portfolio increases to 23 large-scale projects, on top of the 30 small-scale projects already under implementation. The small-scale projects selected in the second call for proposals are undergoing their grant agreement preparation with CINEA. 15 promising but not yet sufficiently mature projects from the second call for large-scale projects were awarded project development assistance in December 2022 and are currently in the process of discussing their agreements with the European Investment Bank. A third call for large-scale projects was launched on 3 November 2022 with a deadline for applications 16 March 2023.

A political agreement on the ETS Directive revision was reached in December 2022 and it has impact on the size and coverage of the Innovation Fund. The political agreement must now be formally adopted. Once this process is completed by the European Parliament and the Council, the new rules will be published in the Official Journal of the European Union.

The Innovation Fund is implemented by the European Climate, Infrastructure and Environment Executive Agency (CINEA), while the European Investment Bank provides the project development assistance to promising projects that are not sufficiently mature.