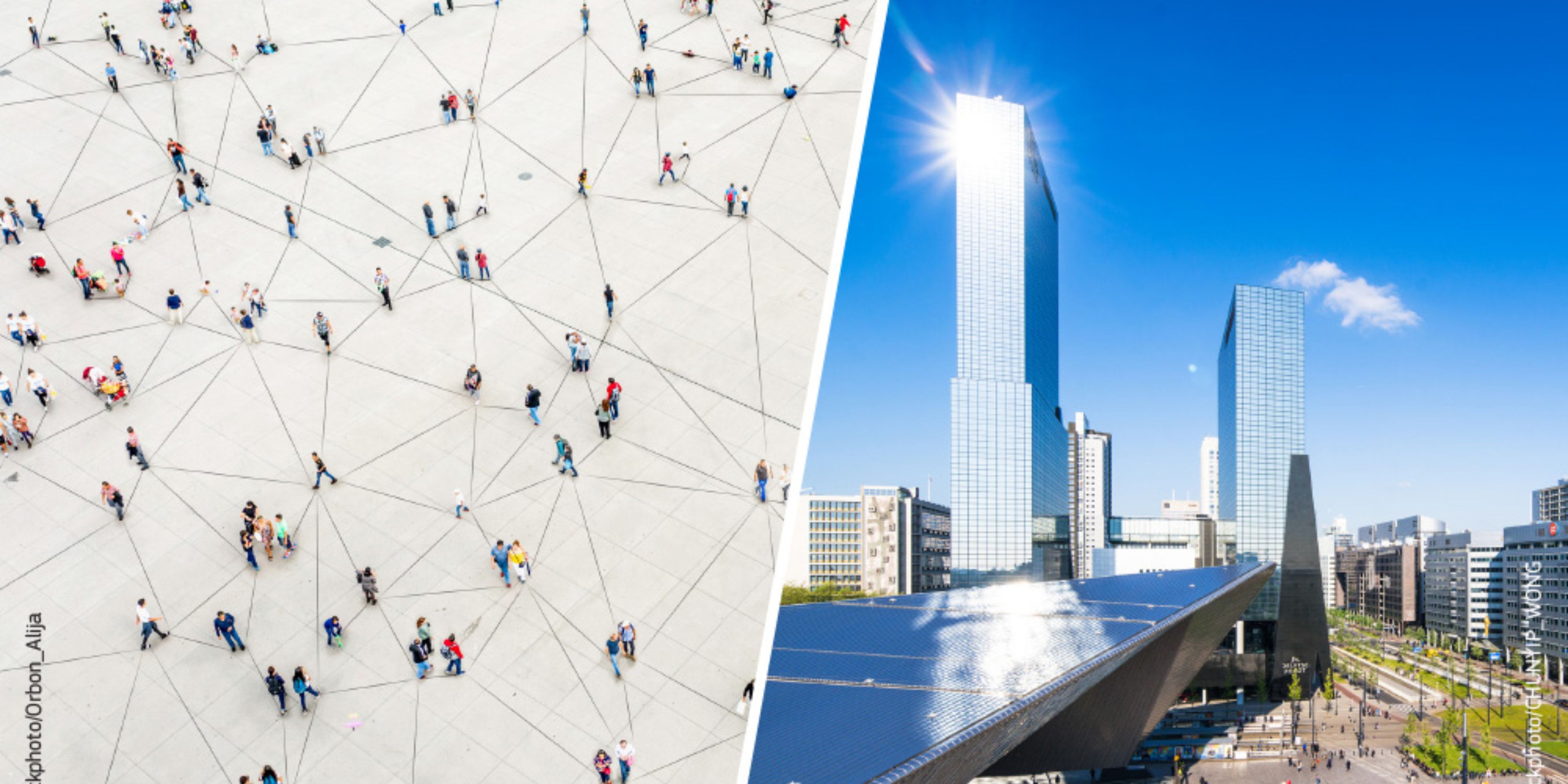 European cities are a hub for all sorts of activities – a pathway for study opportunities, jobs and services because of their key infrastructure and economic activity. More than three-quarters of the EU population live in urban areas and this figure is expected to rise to almost 85% by 2050.

Due to their large concentration of population, urban areas also consume the largest volumes of energy and have the highest levels of greenhouse gas emissions. As the fight against climate change increasingly involves the deployment of solutions at all levels and the participation of citizens, cities are well-placed to show leadership in the clean energy transition and can achieve significant benefits through the early adoption of policies aimed at achieving climate neutrality. To this end, the European Commission is placing smart cities at the forefront of its efforts to reach the European Green Deal objectives and make Europe climate-neutral by 2050.

A smart city is a place that integrates physical, digital and human systems in traditional networks and services to better use energy resources and reduce emissions to the benefit of citizens and businesses.

Several EU policies, proposals and initiatives promoting more sustainable and competitive urban areas are already in place. These include the implementation of smart technologies in buildings to increase their energy efficiency, the promotion of research and innovation efforts to transform the EU’s energy system into a low-carbon one and the development of expertise network exchanges to implement the EU climate and energy objectives in cities.

Covenant of Mayors for Climate and Energy

The Covenant of Mayors for Climate and Energy was launched by the European Commission in 2008 and has since brought together local and regional authorities who voluntarily commit to implementing the EU’s climate and energy objectives on their territory.

At present, the community includes over 11 000 signatories that are linked to the EU’s climate and energy policy framework. Covenant signatories commit to adopting an integrated approach to climate change mitigation and adaptation. They are also required to develop a sustainable energy and climate action plan with the aim of cutting CO2 emissions by at least 40% by 2030 and increasing resilience to climate change. Energy poverty is another key pillar of this initiative. Furthermore, in May 2022, the Covenant launched the Cities Energy Savings Sprint Covenant to accelerate energy savings under the REPowerEU plan.

The Covenant has brought together numerous cities around the world, leading the European Commission to establish the Global Covenant of Mayors in 2016 together with the ex-Mayor of New York, Michael Bloomberg.

The Smart Cities Marketplace was launched as the Marketplace of the European Innovation Partnership on Smart Cities and Communities in 2012, and ever since it aims to improve citizens’ quality of life, increase the competitiveness of EU cities and companies and help reaching the EU energy and climate targets.

This initiative provides information about the roll-out of sustainable smart city solutions using its integrated “Explore-Shape-Deal” process, which enables exchanges between project promoters and members of the financing community by collecting and shaping smart cities knowledge into bankable projects. To effectively fuel the matchmaking process, the platform brings together cities, industries, SMEs, investors, banks, researchers and other actors in areas such as sustainable urban mobility, districts and built environment, citizen focus and integrated infrastructures and processes in energy, information and communication technologies and transport.

The Smart Cities Marketplace also collaborates closely with other EU initiatives to serve as a hub for pivotal practical knowledge, capacity building support and facilitation of finance across the mentioned sectors. Since 2018, this initiative has been able to match approximately 130 projects with a value of more than €600 million in investments.

The cities represented by Scalable Cities, most of which are also signatories of the Covenant of Mayors on Climate and Energy, have showed significant results, saving so far over 15 GWh of energy and 3 000 tCO2.

Launched in September 2020, the proposed “100 climate-neutral cities by 2030” mission seeks to promote system innovation across the value chain of city investment, targeting multiple sectors such as governance, transport, energy, construction and recycling. With the support of digital technologies, this mission aims to ensure that participating cities act as innovation hubs that enable all European cities to follow suit by 2050.

In the area of energy, the mission sets as starting point on the way to 2030 improvements in clean and sustainable urban mobility, near-zero or positive energy buildings and green energy production.

After the assessment of registrations for a call of expression of interest, the Commission announced in April 2022 the selected 100 participant cities. These cities are from all 27 EU countries, with 12 additional cities from countries associated or in the process of being associated to Horizon Europe. 94 of them are signatories under the Covenant of Mayors on Climate and Energy.

These cities will have the opportunity to deliver multiple benefits in terms of reduced air and noise pollution, less congestion, lower energy bills and healthier lifestyles to their communities through the preparation and implementation of a “Climate City Contract”, which will include an overall plan for climate neutrality across sectors such as energy, buildings, waste management and transport. This process will involve citizens, research organisations and the private sector. The commitments made by the cities in the Climate City Contracts will enable them to engage with the EU, national and regional authorities to deliver on their ambitious objectives.

The Smart Cities Marketplace will explore options to support the 265 municipalities that were not selected for the mission.