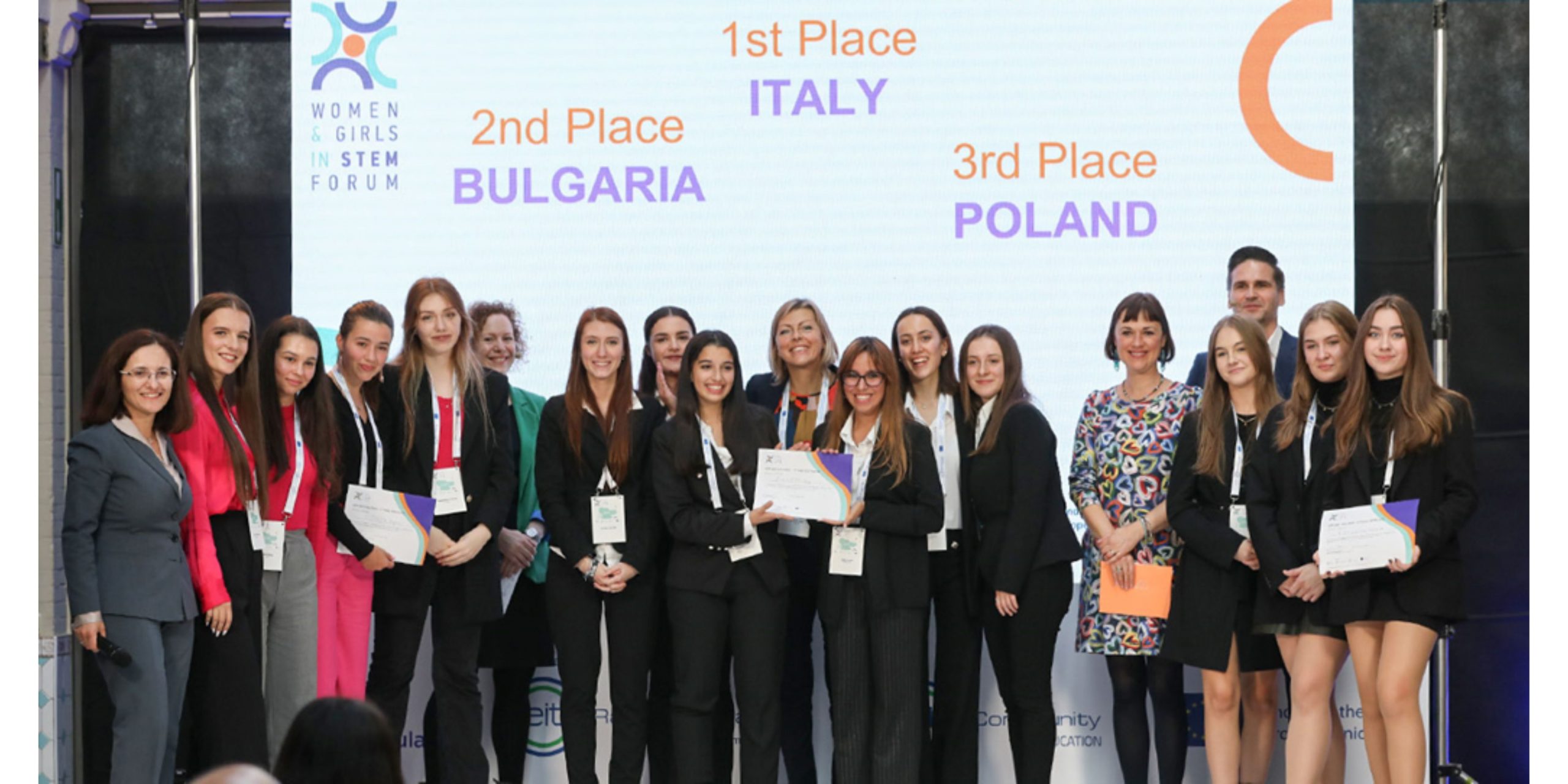 The important EU education programme, Girls Go Circular, which aims to close the gender gap in STEM across Europe, is set to expand. The European Commission has pledged to scale up the scheme between now and 2027. Girls Go Circular was established in 2020 by the European Institute of Innovation and Technology (EIT) and is led by EIT RawMaterials. It aims to improve diversity in STEM to accelerate the green and digital transition goals of the European Green Deal.

European Commissioner for Innovation, Research, Culture, Education and Youth, Mariya Gabriel, officially announced the programme expansion at the Women and Girls in STEM Forum (WGSF) 2022. The event took place in Brussels on 26 October.

The programme equips schoolgirls aged 14 -19 with digital and entrepreneurial skills related to the circular economy. By the end of this year, 20,000 girls will have completed Girls Go Circular training. It has proved incredibly successful to date and is already available in 13 countries. The expansion will bring the programme another step closer to its goal of skilling 40,000 girls by 2027.

Currently, just 34% of STEM (science, technology, engineering, and mathematics) graduates are women. Women only represent 17% of people in ICT studies and employment in the EU. Europe needs more women with scientific and technological skills to successfully achieve the European Green Deal’s 2050 deadline for climate-neutrality. And Girls Go Circular can contribute to delivering on this.

The WGSF was co-organised by EIT RawMaterials and the European Commission Directorate General for Education and Culture (DG EAC). The event attracted more than 450 attendees online with more than 50 Girls Go Circular students and teachers gathered in Brussels for the live event.

High-level panel discussions were moderated by the President of EIT Women, Anna Clark. They identified future EU action that can eliminate gender bias in technological and scientific fields across Europe. These included:

In parallel to the high-level panel discussions, students involved in Girls Go Circular met with inspirational women in STEM for a mentoring session.

Three finalists’ teams, selected from over 160 contestants in the Girls Go Circular student challenge, also presented at WGSF. They pitched their ideas for an app to the public and a jury panel composed of Dana Adriana Puia Morel, Policy Strategist, DG GROW, and Diana Filip, Deputy CEO, Junior Achievement Europe. The challenge was to create an app to increase girls’ interest in STEM and deconstruct gender bias.

Girls&STEM, an app created by a team of six secondary schoolgirls from Udine, Italy won the competition. Their app is aimed at girls aged 12-14 and features inspiring, female STEM role models that help players progress through games, quizzes, and adventures. A 25-minute play limit is set to ensure responsible screen time. As their prize, the girls will progress to an app coding course to help them continue their dream of launching their idea to market. In second place was STEMFEM app, created by a team of girls from Sofia, Bulgaria, with STEMSister, from Krasnystaw, Poland, in third place.