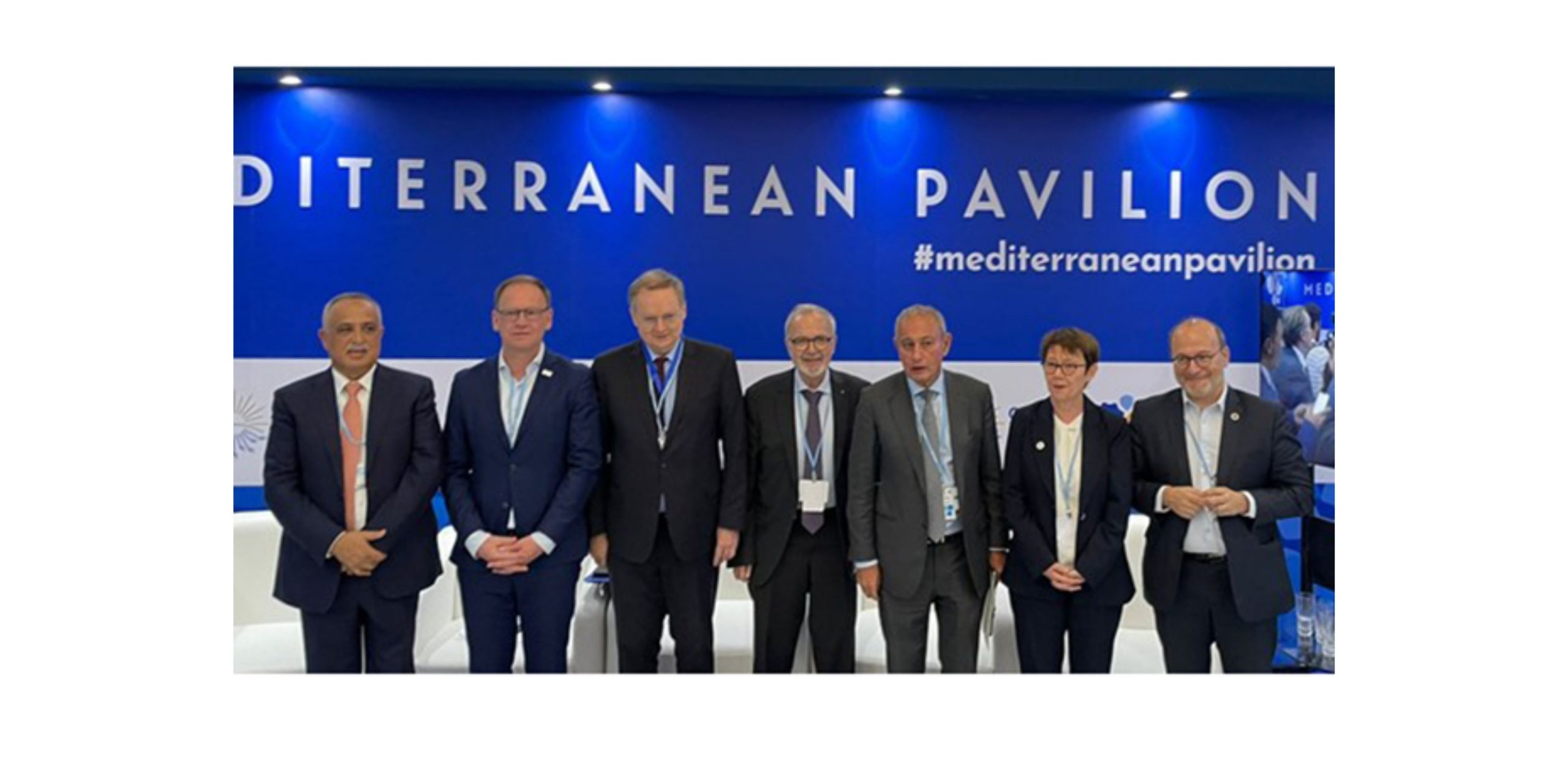 The partnership aims to bring together international donors, beneficiary countries, interested financial institutions and philanthropies to support policy reforms, attract donor funding and mobilise public and private financing for projects initially in Egypt, Jordan and Morocco. Egyptian Minister of Environment Yasmin Fouad underlined the critical importance of the sustainable blue economy for the future development of Egypt, and the full alignment of the Blue Mediterranean Partnership with Egypt’s new National Climate Change Strategy 2050. Likewise Jordan expressed hopes that the Partnership would increase financing opportunities alongside the policy reforms, with a focus on protecting water ecosystems and resources.

The Mediterranean Sea basin is a recognised marine biodiversity hotspot and a vital resource of economic activities for 480 million people living in the region’s 22 countries. It is the fifth largest economy in the region after France, Italy, Spain and Turkey, generating an annual economic value of more than US$ 450 billion. However, the Mediterranean Sea’s ecosystem is under threat from habitat loss and degradation, over-fishing, pollution and climate change.

Achieving these goals, the Partnership aims at supporting and attracting investments in the sustainable blue economy and policy reforms, prioritising innovation and including where possible, natural capital and nature-based solutions for climate mitigation and adaptation. Financing of wastewater treatment facilities, solid waste management and plastic waste reduction, will help reduce pollution going to the sea, decrease pressure on fisheries through sustainable aquaculture, improve coastal resilience investments, and reduce emissions through sustainable marine mobility.

The Blue Mediterranean partnership intends to create a new financial vehicle, pooling contributions from donors and beneficiary countries in the Southern Neighbourhood, to provide both capital expenditure and technical assistance grants for sustainable blue economy projects, that will help close an estimated €6 billion investment gap in the next 8 years.

Press release: EIB, EBRD and the UfM with the political support from the European Commission to set up a new Blue Mediterranean Partnership

The European Bank for Reconstruction and Development (EBRD) is a multilateral bank that promotes the development of the private sector and entrepreneurial initiative in 38 economies across three continents. The Bank is owned by 71 countries as well as the EU and the EIB. EBRD investments are aimed at making the economies in its regions competitive, inclusive, well-governed, green, resilient and integrated.Over the past decade, EBRD have financed over 350 climate resilience investments with a business volume of more than €10 billion and adaptation finance exceeding €2.8 billion.

The European Investment Bank is the long-term lending institution of the European Union (EU) owned by its Member States. As the EU’s climate bank, the EIB committed to support €1 trillion of climate action and environmental sustainability investments in the next decade. Under its Clean and Sustainable Ocean Programme, of which the Clean Oceans Initiative is one important pillar, the EIB supports investments that will contribute to improve the health of the oceans and their resources.

EIB’s activities to preserve the oceans

EIB at COP27 and agenda of EIB’s events on its pavilion in the side event area of the blue zone. EIB: Newsroom (eib.org)

The 2021 Ministerial Declaration on the Sustainable Blue Economy is one of several UfM initiatives aimed at advancing regional and sub-regional cooperation by supporting integration and partnerships within shared objectives.