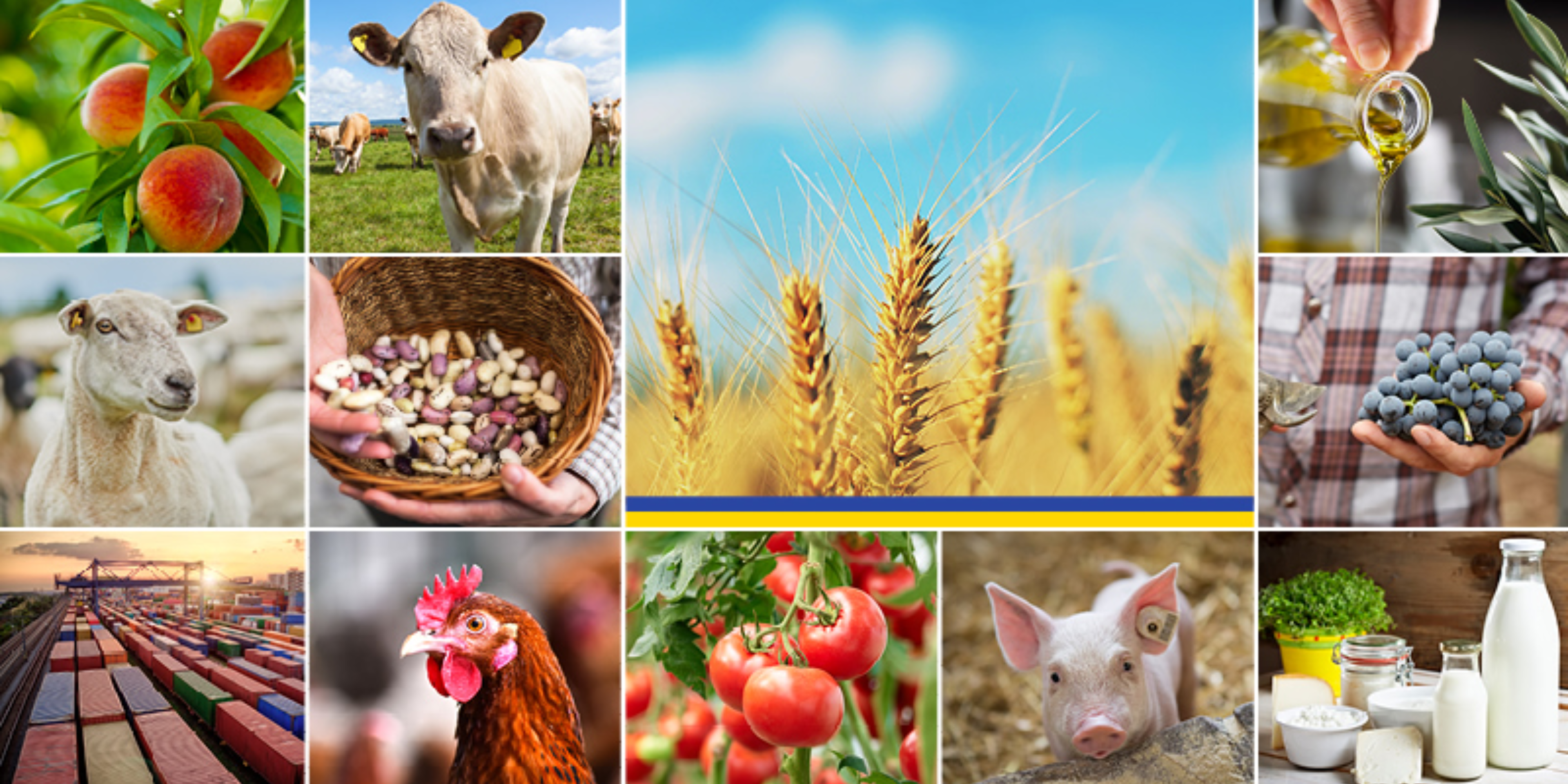 The fallout from the Russian invasion of Ukraine continues to impact global commodity markets and to represent a major threat to global food security. In a post-COVID-19 recovery already marked by market balance challenges and price surges, it brings additional instability and uncertainty. Ukrainian agriculture is directly impacted all along the supply chain, from production to trade, maintaining the pressure on the global supply of cereals and oilseeds.

In the EU, production of cereals is affected by dry weather conditions in several regions. As a result, the forecast for EU production of cereals is lower than expected and below 2021 levels. However, the existing stocks will help to meet domestic consumption needs and some of the export demand, which is expected to remain high in view of pressures on global markets. The EU animal sector (meat and dairy) faces its own challenges with animal disease outbreaks and high feed prices. However, food availability in the EU is not at risk.

Agricultural producer prices remain high, mainly due to ongoing uncertainties brought about by the Russian aggression in Ukraine, and high energy costs. These are causing an inevitable increase in production costs such as electricity, transport, cooling and heating, as well as fertilisers and other inputs. Global agricultural prices have risen by 30% since the beginning of the invasion, although some relaxation has been observed in recent weeks, linked partly to the forthcoming harvest.

This is also putting pressure on farmers’ income. In March 2022, the Commission announced the distribution of an exceptional package of €500 million to Member States to support the producers most affected by the consequences of the Russian aggression in Ukraine. On this basis, Member States could provide additional financial support to farmers to contribute to global food security, or address market disturbances due to increased input costs or trade restrictions. Today, the Commission is publishing the overview of how Member States have been using and distributing this aid, and whether they complemented it with national funds. This overview is based on the notifications sent by Member States at the end of June 2022.

The increase in producer prices of agricultural commodities is expected to continue being reflected in food consumer prices. It is expected that European consumers could move away from higher value products to cheaper ones to manage food inflation.

Cereal prices remain very high and volatile due to uncertainty about the global level of supply caused by the Russian invasion of Ukraine, which further aggravated high energy and fertiliser prices and the post-COVID demand for animal feed.

Total EU cereal production is expected to reach 286.4 million tonnes, 2.5% lower than the season of 2021/22. However, the demand for animal feed and for cereals to produce biofuels is expected to decrease by 1.3% and 3% respectively, and the EU has relatively high cereal stocks. EU exports of cereals are expected to increase by 14% compared to 2021/22, partially offsetting the reduction in global exports being caused by the blockage of Ukrainian sea ports and export restrictions that have been put in place by some exporters.

The derogation to allow the production of any crops for food and feed purposes on fallow land, granted in March by the Commission, resulted in an increase in sown areas of protein crops for 2022/23. The projected increase in area stands at 6% (2.2 million hectares) for protein crops year-on-year. Thanks to the increased production, EU exports of protein crops are expected to grow by 19% compared with last year. Farmers also used this derogation to plant sunflower, because of its relatively low water and fertilisation requirements. Estimated sowing areas of sunflower therefore reached 4.7 million hectares, an increase of 7.8% year-on-year. This season, EU sunflower seed production is expected to reach an all-time high of 11.1 million tonnes (+7.8%).

The production of olive oil continued its recovery with an increase of 11% year-on-year, reaching almost 2.3 million tonnes. A recovery is expected in domestic use, while exports could remain below the record level of last season. However, the lack of rain and, consequently, water for irrigation in some producing regions of Spain and Italy, along with a bi-annual alternation in Portugal, might lead to a decline in the 2022/23 EU olive oil harvest (starting in October) despite some recovery being expected in Greece.

2021/22 EU wine production is estimated to decrease by 3% to 153 million hl, returning to the long-term average before the COVID-19 pandemic. EU wine consumption, affected by COVID-19 measures, is also normalising. When purchasing wine, consumers are increasingly considering the origin of the wine first, even if this means a higher price, followed by the taste and the brand.

2022 EU per capita consumption of fresh peaches and nectarines is due to increase to 6.1 kg (still below the long-term average) despite the lower purchasing power. This could be thanks to a higher production, the good weather and the return of tourism.

EU dairy prices are at record high levels. Despite this, farms’ margins remain tight because of the high cost of inputs (feed and energy in particular) and logistics. With weather prospects for pasture remaining negative on top of it, EU milk deliveries could drop by 0.6% in 2022. EU cheese production could grow in the meantime by 0.5% thanks to competitive prices on the world market, which translated recently to growing flows to the US, in addition to the recovery of exports to the UK. This could be combined with stable domestic retail sales and foodservice recovery.

EU beef production is expected to decrease in 2022, despite high prices. This is mainly due to a declining cow herd prompted by a restructuring of the sector. For the whole year, EU meat exports are expected to grow by 4%, driven by high-value markets such as Canada, Japan and the UK.

The poultry sector faces a Highly Pathogenic Avian Influenza (HPAI) epidemic season of historic magnitude. Since October 2021, 21 EU countries have been affected by HPAI outbreaks in poultry. High input costs are also impacting the sector. Therefore, EU poultry production is due to remain stable in 2022, despite high broiler prices. Trade with the UK is back to pre-Brexit levels.

Despite the historical low EU sheep and goat flock, slaughterings are due to stabilise in 2022. Trade should resume but still at relatively low levels, leading to sustained high domestic prices.

More detailed information about production, consumption, and prices in these sectors and others can be found in the full summer 2022 short-term outlook report.