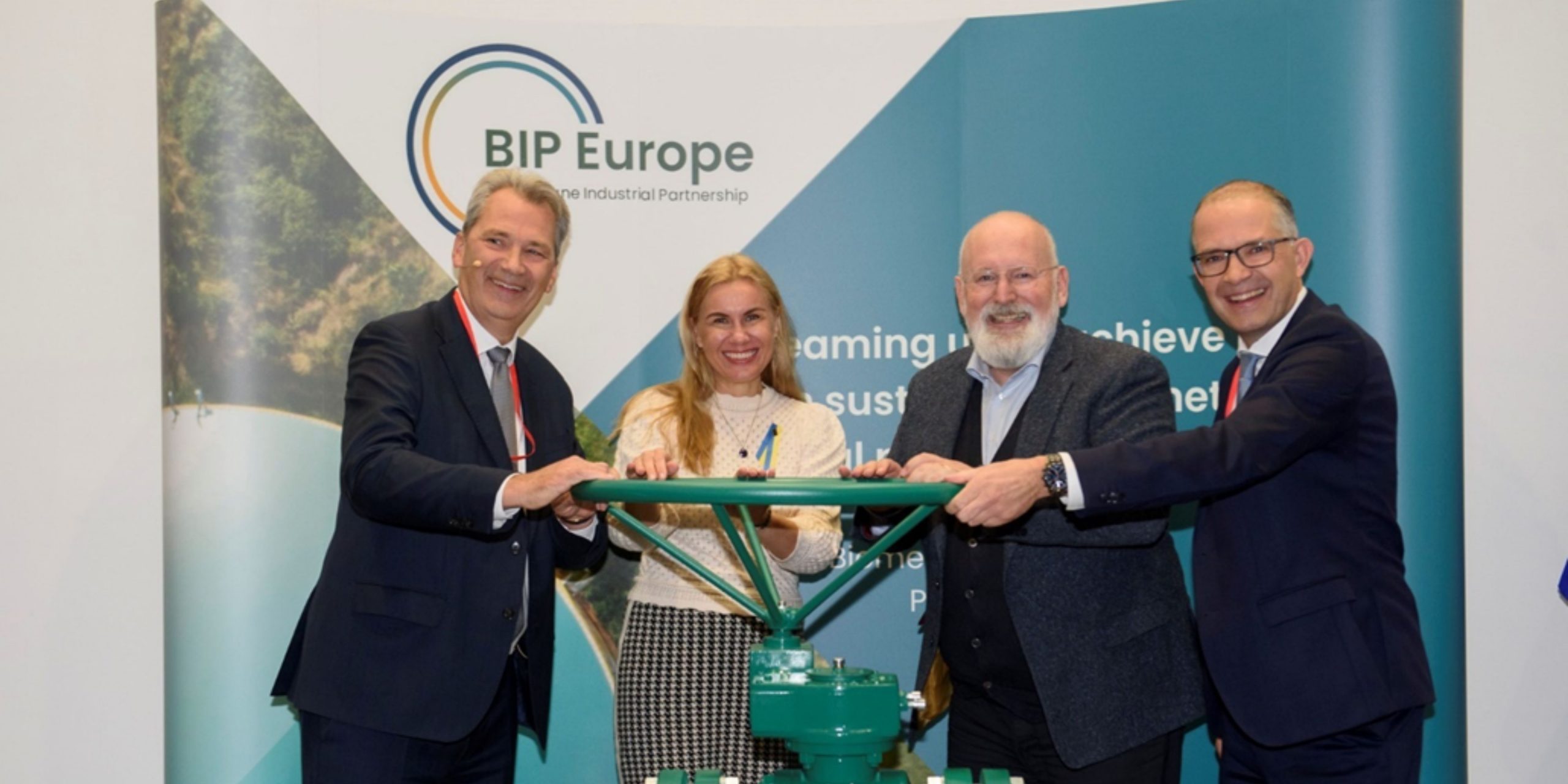 The European Commission and industry leaders, committed to the green energy transition, have launched today the Biomethane Industrial Partnership (BIP). This new public-private partnership  was announced in the REPowerEU Plan and it aims to support the achievement of the target to increase annual production and use of biomethane to 35 billion cubic metres by 2030. This will reduce Europe’s dependency on natural gas from Russia in a cost-effective way. At the same time, it will substantially contribute to an integrated net-zero energy system, diversifying farmer’s incomes and ensuring a circular approach.

Executive Vice-President Timmermans and Commissioner Simson joined Harmen Dekker, CEO of the European Biogas Association, and Ole Hvelplund, CEO of Nature Energy, to mark the start of the Biomethane Industrial Partnership by symbolically opening a renewable gas pipeline during the EU Sustainable Energy Week in Brussels.

Biomethane is the purified form of raw biogas and can be used as a natural gas substitute. It is one of the main renewable gases of the future and available today to decarbonise the EU’s energy system.