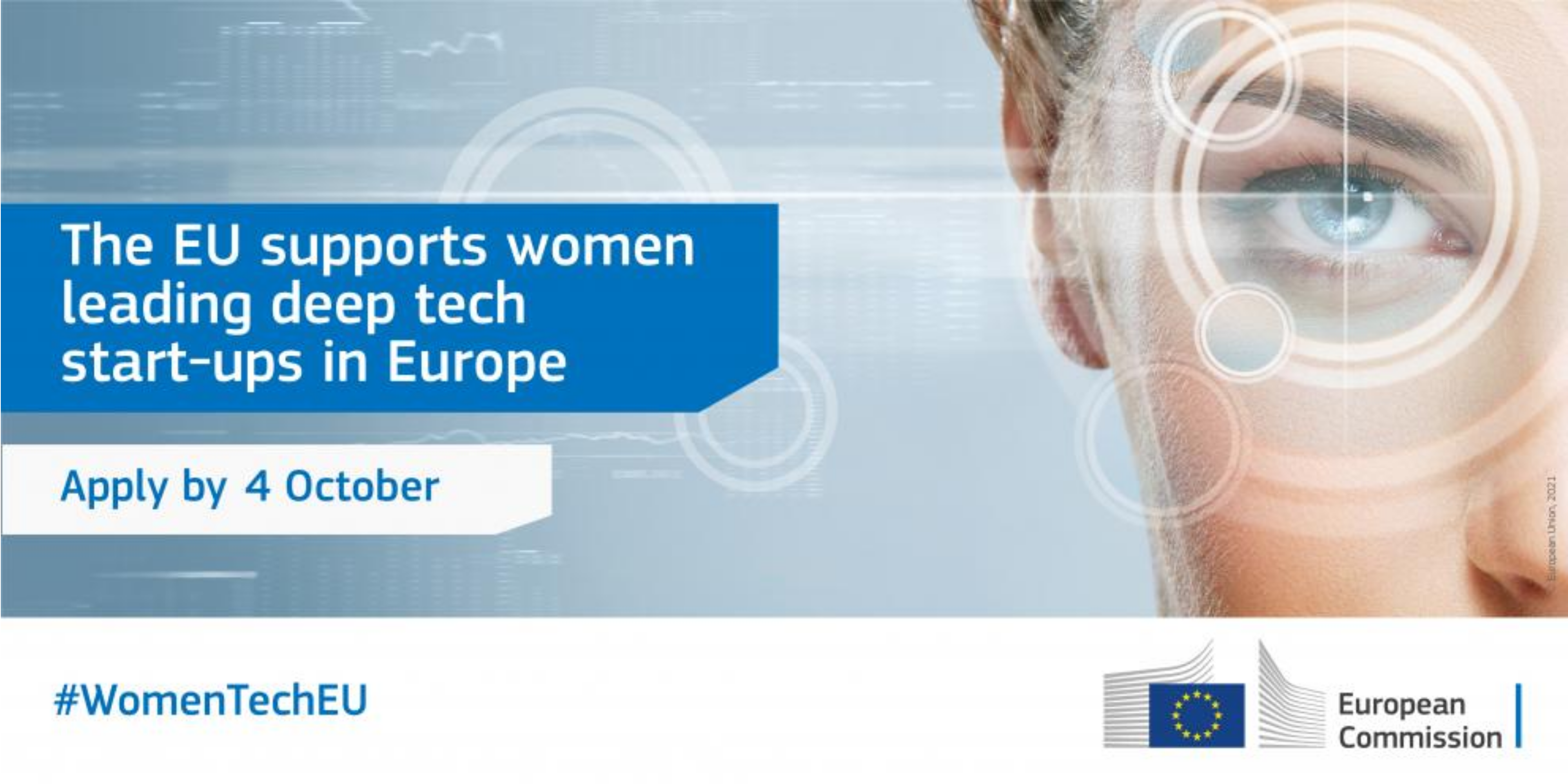 The Commission launched the second Women TechEU call, following the successful pilot. This year, up to 130 deep-tech start-ups led by women will qualify for funding and business acceleration services to grow into tomorrow’s female tech leaders.

Following the very encouraging response to the first pilot in 2021, the European Commission is more than doubling the budget to EUR 10 million this year, which is expected to fund up to 130 companies. Applications are open until 4 October 2022, 17:00 (CET).

Women TechEU provides support to women-led startups at the earliest, riskiest stage of their company’s growth. In addition to a EUR 75 000 grant, the finalists receive mentoring and coaching for leadership, internationalisation, business modelling, implementation strategy, market entry, fundraising, negotiating with investors, and much more, through the EIC’s Women Leadership Programme.

By supporting women-led deep tech startups, the European Commission aims to create an equal and more prosperous European deep-tech ecosystem. In addition, the Women TechEU scheme promotes female leaders in their industries but also in their capacity of decision-makers. The Commission’s funding label targets leveraging their position in the investment space, where women remain underrepresented.

Women TechEU is one of several EU initiatives aimed at supporting and empowering women in tech and innovation, including the annual EU Prize for Women Innovators and the EIC’s new Women Leadership Programme.

Women TechEU is Europe’s answer to the very low representation of women in deep tech today.

Deep tech represents more than a quarter of Europe’s start-up ecosystem, and European deep tech companies are now valued at €700 billion. Yet women remain largely underrepresented across this industry. Today, women obtain only 10% of patent applications in the EU, and less than 15% of start-ups are founded or co-founded by women (and only 6% by women-only teams). This translates into low amounts of capital invested into women-led companies, creating a vicious circle. Only 5% of venture capital goes to mixed teams (with men and women) and only 2% to all-women teams. The Covid crisis has only made matters worse. Funding to female founders during the pandemic was down 31% compared to 2019, while funding for all-male teams dropped by just 16% during the same period.

Often based on scientific research, deep tech startups tend to have longer R&D cycles, and usually require more time and capital to grow than tech startups. These companies can succeed if they receive the right support and investment early on.