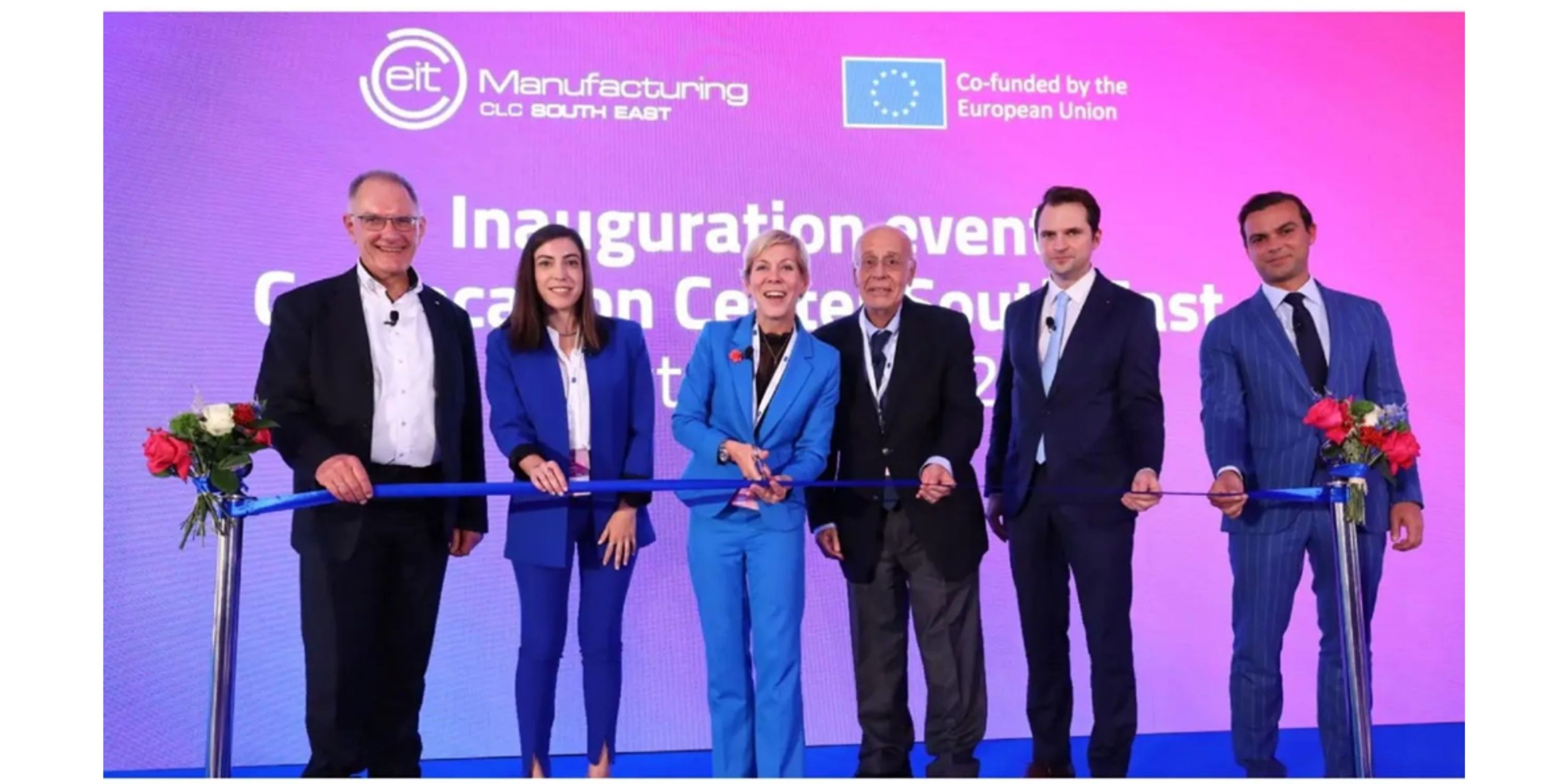 This innovation hub will be led by Dr Niki Kousi, Managing Director who helped in its establishment. In the opening ceremony, Professor Panagiotis Stavropoulos from the Laboratory for Manufacturing Systems and Automation (LMS) – University of Patras, Greece, outlined how EIT Manufacturing CLC South-East came into existence. Since September 2021, the foundation has been facilitated by the existing Greek EIT Regional Innovation Scheme (RIS) hub and supported by two existing EIT RIS hubs in Bulgaria and Romania, by the Greek government, and by 15 actors from the manufacturing industry.

The new location in Athens will strengthen innovation capabilities in the South-Eastern part of Europe which has great innovation potential. Existing regional networks will be extended, attracting more stakeholders into the ecosystem and thus enabling more fruitful connections.

The event saw the participation also of the Mr. Sebastian Ioan Burduja, Minister of Research, Innovation and Digitalization in the Government of Romania that underlined the importance of the newest EIT Manufacturing CLC for Romania, but also for the entire ecosystem in terms of support for the innovators, entrepreneurs and start-ups.

The celebration was held in the framework of the InnovEIT weeks, which took place across ten locations in Europe.