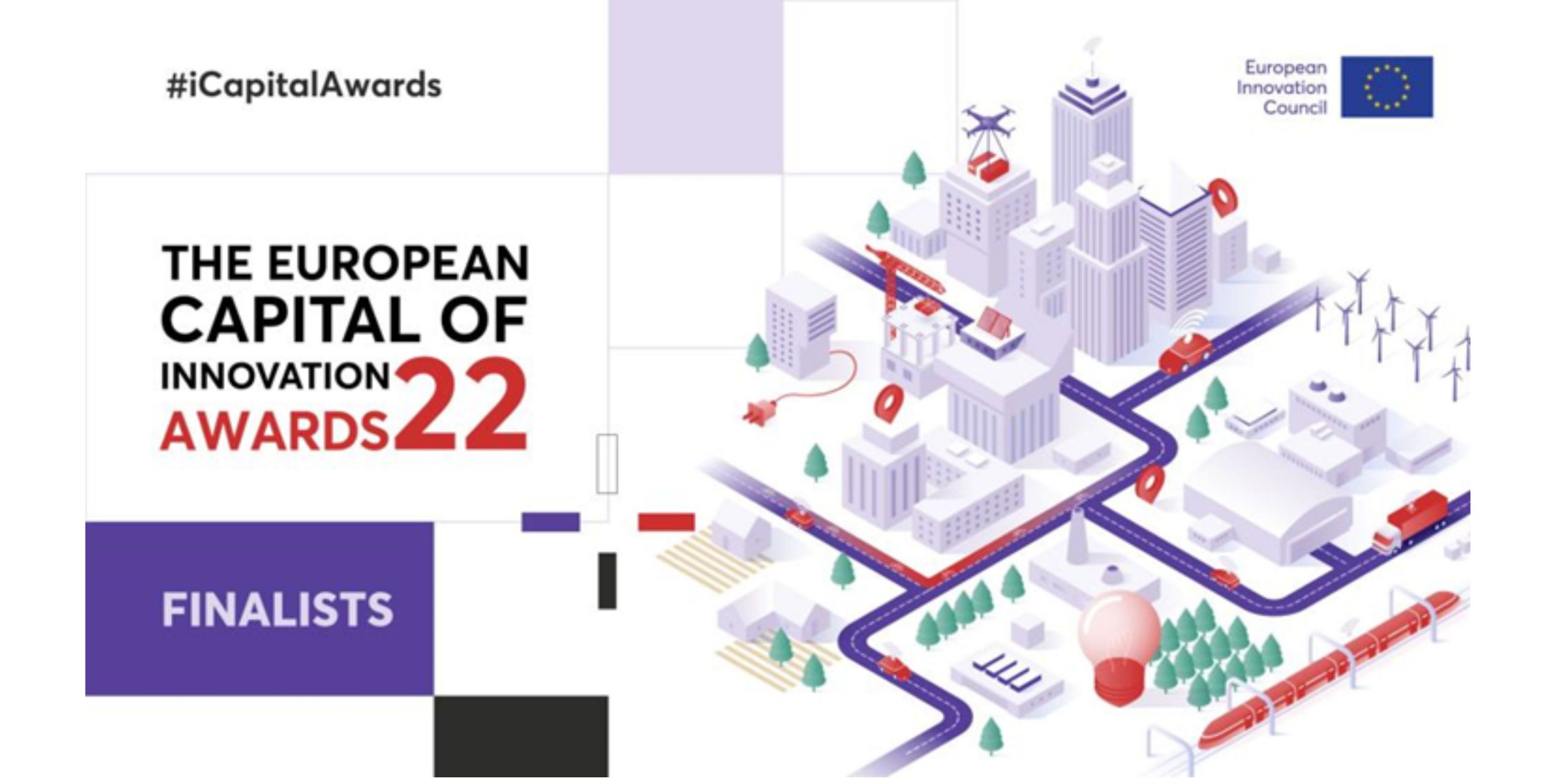 Supported by the European Innovation Council under Horizon Europe, the prize recognises the role cities play in shaping the local innovation ecosystem and promoting game-changing innovation.

After a careful selection process with twelve semi-finalist cities, the high-level juries of independent experts have selected six finalists for this year’s iCapital awards (presented below, per category and in alphabetical order).

The European Capital of Innovation

Each year, the EU recognises those cities excelling in building up their innovation ecosystems to positively transform people’s lives and encourage breakthrough innovation. I am looking forward to award this year’s winners on 7 December at the European Innovation Council Summit.

One winner and two runners-up will be awarded in each prize category. They will be announced at the EIC Summit on 7 December 2022 in Brussels.

Apart from the prestigious recognition, the European Capital of Innovation category winner will receive a prize of €1,000,000, while the two runners-up of this category will get €100,000 each.

All finalists will be invited to join the EIC Forum working group on the EIC Prizes Alumni network composed of previous finalists of these Awards.

Supported by the European Innovation Council (EIC) under Horizon Europe, this is the eighth edition of the prestigious European Capital of Innovation Awards, also known as iCapital.

Through iCapital, the European Union recognises cities with inclusive innovation ecosystems. The prize identifies cities connecting the general public with academia, businesses and the public sector to successfully translate results into improved well-being of society while simultaneously boosting game-changing innovation.

In 2021, Vantaa was awarded the first ever Rising Innovative city title through a new category introduced to reward the innovative practices implemented by smaller cities with a population of more than 50 000 and up to 249 999 inhabitants.

iCapital is one of the four EIC Prizes granted under Horizon Europe, the EU’s research and innovation framework programme. The prize is managed by the European Innovation Council and SMEs Executive Agency, and the winners are chosen following an assessment performed by two high-level juries of independent experts.