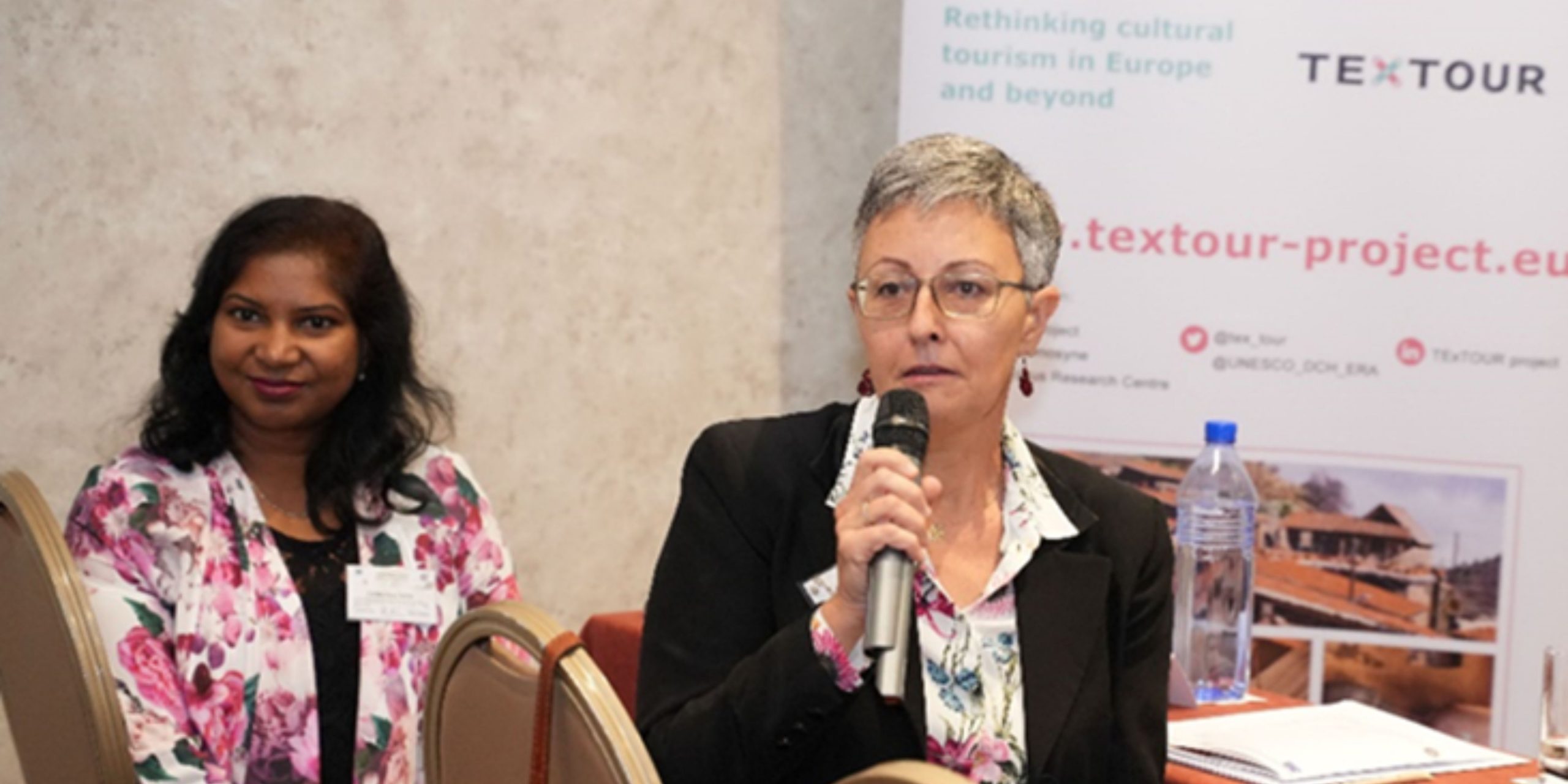 The 9th Euro-Mediterranean Conference on the Digitisation of Cultural Heritage was concluded with complete success.

An organisation of the Digital Heritage Research Laboratory of the Cyprus University of Technology under the auspices of the Deputy Ministry of Culture of the Republic of Cyprus.

This year, due to the pandemic, the conference was held hybridly (with physical and online presence). The event hosted distinguished scientists, researchers and government officials from all over the world whose scientific subject and professional interest is Human Cultural Heritage and its preservation.

The opening of the international conference was prefaced by the Minister of Transport and Communications Mr. Yiannis Karouzos, representative of the Deputy Ministry of Culture under whose auspices the Conference was held, Mr. Stelios Chimonas, Director General of the Deputy Ministry of Research, Innovation and Digital Policy, and the President of ICOMOS Cyprus Mr. Chrysanthos Pissarides.

Scientists from all over the world participated in the Conference, as presenters, but also as listeners, who through their announcements presented their work on digital technologies in Culture, digitisation and its preservation.

The EuroMed conference, embraced over the years by the global scientific community, has been organized by the Digital Heritage Research Laboratory since 2006.

The Conference was in collaboration with UNESCO, the European Commission, the EU Member States’ Group of Experts on Digital Cultural Heritage, ICOMOS Cyprus (www.icomos.org), EXCELSIOR 2020, the “Eratosthenes” Center of Excellence, the digital library of the EU Europeana and by the scientific bodies of Greece that organize every two years the Panhellenic Conferences on the Digitisation of Cultural Heritage (University of Western Attica and the multi-awarded “PERRAIVIA ” Network).

Scientists from dozens of countries around the world took part in the EuroMed 2022 conference, making it an event that promotes innovation, pioneering, digital technologies, research and interdisciplinarity, in an important topic such as the preservation of the Cultural Heritage of humanity, making Cyprus and CUT, a “laboratory” of knowledge, exchange of opinions, presentation of scientific research, production of knowledge, development of sciences and creation of policies of the future.

His absolute satisfaction was expressed by the Director of the UNESCO Chair of the Digital Cultural Heritage Laboratory, and head of this global scientific meeting , Dr. Marinos Ioannidis , who emphasized that: “The Euromed Digitization Conferences (International Conference on Digital Heritage) have succeeded all these years , from 2006 until today, without interruption, to become world-famous and gather the interest of important scientists from all over the world.

They are organised every two years in Cyprus and since 2015 and in Greece (2015, 2017, 2019, 2022), at the great meeting of members of the global scientific community, which through these Conferences, presents research, developments, new technologies and the results of major research programs and works, on the major topic of Digitisation of Human Cultural Heritage.

Important scientists of international and renowned prestige participate as Key-Note Speakers, transferring their expertise to the Conferences, who come from all over the world to participate in an event that adheres to high standards and strict scientific criteria. Thus, Cyprus, through CUT and its other Universities, is becoming known for its scientific achievements, innovation, new digital technologies and its contribution to the research, study, recording, rescue and promotion of the world’s Cultural Heritage, becoming a point reference and guide for the advancement of the science of digitization of Human Culture.

CUT will continue its methodical and serious work to contribute to the Sciences and New Technologies and is always open to collaborations that produce important work for Cyprus, promote the standard of living of Man, give employment to specialized scientists and make Cyprus as an ideal research and innovation destination”.

All information about the Conference at the link https://euromed2022.eu/ .