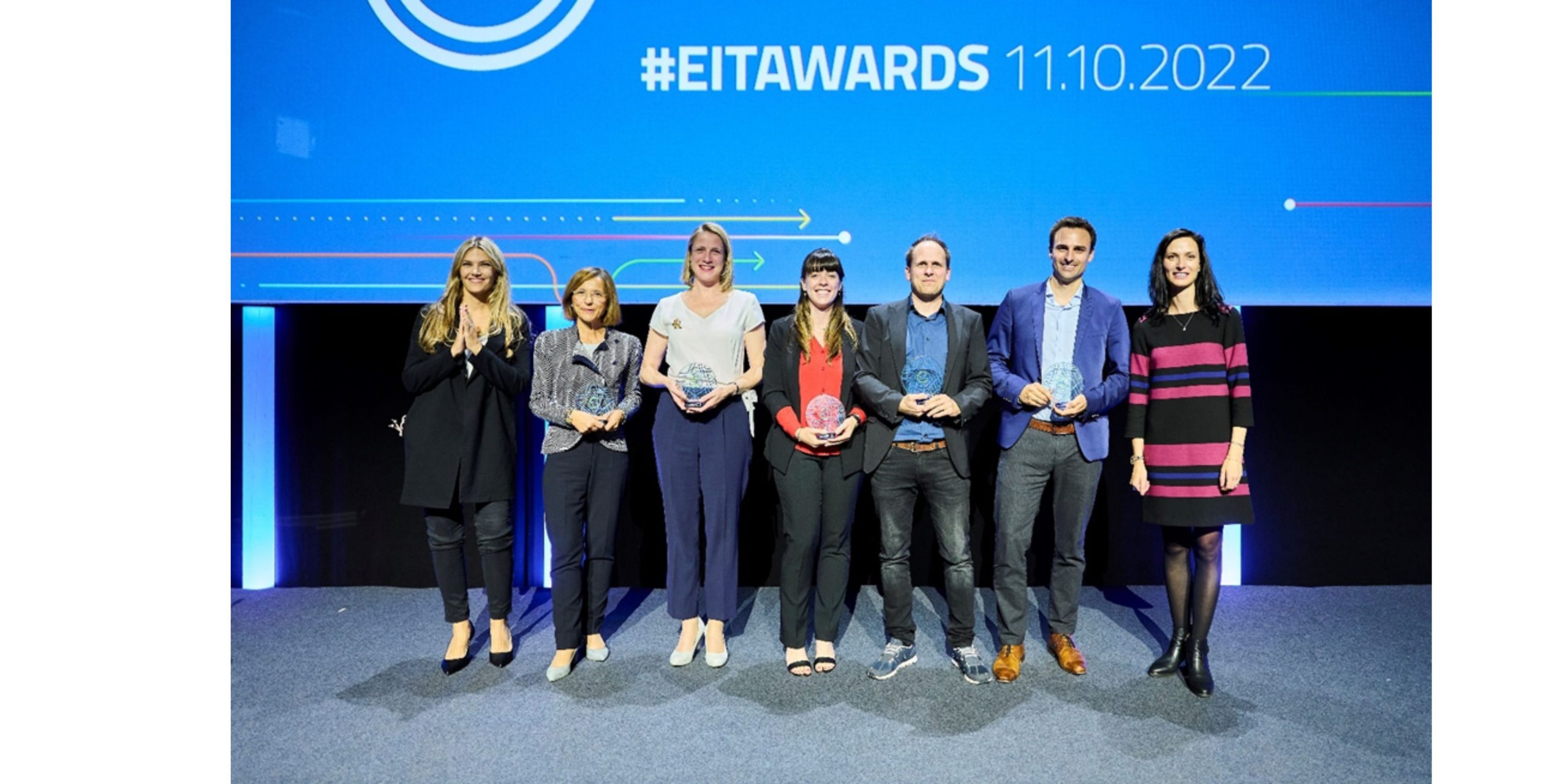 The winners of this year’s EIT Awards, which aim to promote innovation in the fields of climate, energy, digitalisation, food, health, manufacturing, raw materials, and urban mobility, were announced on 11 October 2022,  at a vibrant ceremony held during the EIT Summit in Brussels, Belgium. 27 nominees competed in an online semi-final on 29 September, after which 12 finalists were chosen and ranked by an international jury, with an additional prize being awarded through a public vote.

The EIT Summit, at which the awards were announced, featured round-table discussions about Europe’s innovation ecosystem with MEPs, European Commissioners, CEOs and EIT representatives. It marked the final day of INNOVEIT WEEKS, Europe’s largest innovation event series of the year, which took place in September and October across ten locations in Europe. Attendees met EIT-supported entrepreneurs and innovators and discovered more about how the EIT is helping to drive innovation, learning about key EU policies such as the EU Green Deal in action, and the EIT’s integral work of supporting solutions that address some of globe’s biggest challenges including climate change, health and energy among others.

The public also had its say with the EIT Public Award, awarded to the public’s three favorite innovations. Online voting started on September 29 and concluded on the 11 October.

CHANGE Award: Anna Vanderbruggen, a researcher who works for the start-up Erzlabor, won first place for developing a revolutionary new way to extract graphite from lithium-ion batteries. Her method, the first of its kind, separates the fine powder from crushed lithium-ion batteries in order to obtain two valuable products instead of one. This process enables the efficient and highly-selective recycling of both graphite and metals from used lithium-ion batteries. It could lead to a truly circular battery supply chain and decrease the environmental footprint of battery production as well as reliance on raw material imports from outside the EU.

Innovators Award: Bernhard Adler took the top prize for his rotation heat pump, a highly innovative clean technology that combines the advantages of heat pump technology with a centrifuge. It will help speed up the energy transition by providing cleaner, low-carbon industrial heat.

Venture Award: Christoph Berger was awarded first place for developing the Vilisto system, a self-learning thermostat that improves energy efficiency in non-residential buildings. In offices and educational institutions, many rooms are unused 80% of the time yet are heated non-stop since usage patterns are not usually taken into account. Vilisto can help companies and municipalities save up to 32% of their heat consumption and reduce their CO2 emissions.

Women Leadership Award: Catherine Schreiber, CEO and co-founder of ADVITOS, won first place for developing a 4-in-1 organ support therapy for critically-ill patients. Together with Dr Bernhard Kreymann, her co-founder, she created the device from scratch, launching it from an idea to an EU market-approved (CE mark) product. She now runs a fully-certified MedTech company with 70 employees that boasts numerous awards.

Public Award: Sabrina Maria Malpede, co-founder and Managing Director of ACT Blade Ltd, which develops the lightest, most controllable and sustainable wind turbine blade on the market. The ACR Blade is a big technological step forward in the ability to harness wind power and exploit aeroelastic science and expertise. It was awarded an EIT InnoEnergy innovation project grant in 2018 to develop the first full scale blade. The innovation was developed by Sabrina during her doctorate studies at the University of Glasgow and has already been employed in the sail design for racing yachts competing in the America’s Cup.