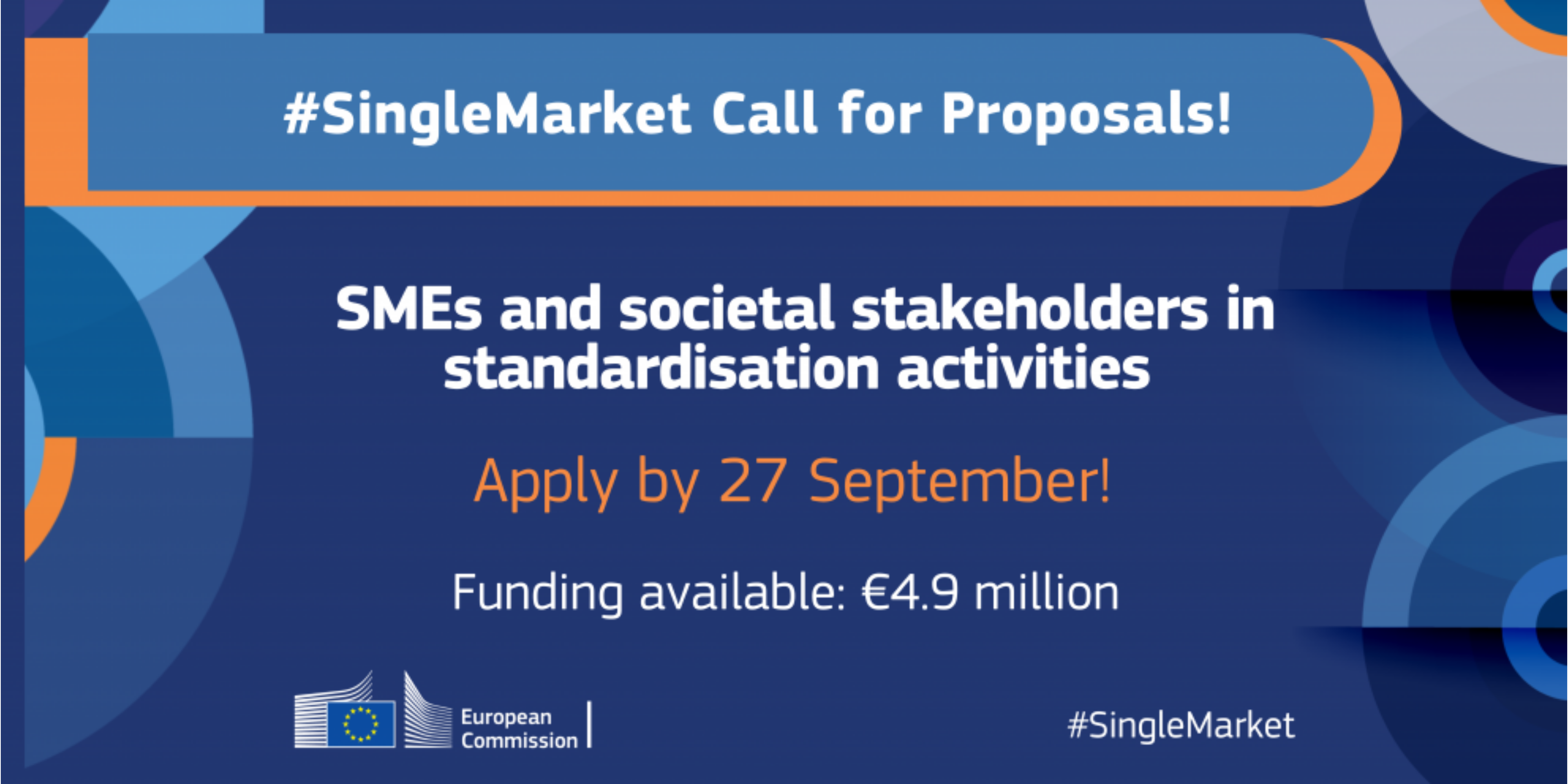 A new call/invitation to submit a proposal under the Standardisation strand of the SMP was launched on 30 June 2022, with deadline for applications on 27 September 2022. A total budget of €4.9 million is available for 4 topics.

Standards are important tools for the competitiveness of undertakings and especially SMEs, whose   participation in the standardisation process is important for technological progress in the Union.

Furthermore, standards can have a broad impact on society, in particular on the safety and well-being of citizens, the efficiency of networks, the environment, workers’ safety and working conditions, accessibility and other public policy fields. However,  standards are written by technical experts who represent the  fields of activity of the companies which these experts work for. It is therefore important for the EU to facilitate and support the participation of experts representing background and interests of SMEs and societal  and  social  stakeholders in the standardisation process, especially in the European context where European standards play a very important role in supporting EU legislations and EU policies.

Historically, the participation of SMEs and societal and social stakeholders had been supported by different EU programmes. The Regulation has put the inclusiveness of the European standardisation process as a priority and unified the legal basis for the role, the establishment and the financing of European stakeholder’s organisations in standardisation.

The following beneficiaries are identified for funding under this invitation to submit a proposal:

The grants will be awarded under the following topics:

The annual invitation to submit proposals launched on 30 June 2022, is the first call to be managed in eGrants, following the successful on-boarding of the programme.

Since 1 April 2021, the Support to Standardisation strand of the Single Market Programme is managed by the European Innovation Council and SMEs Executive Agency (EISMEA).